High schools in western Jamaica to get defibrillators 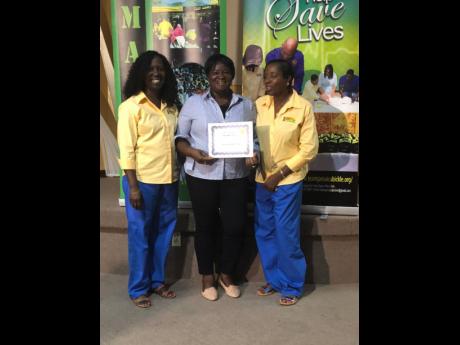 Chairman of TJB Irwine Clarke Snr said the welfare of Jamaican athletes motivated the founders to establish the organisation 25 years ago. “Their welfare was foremost in our minds with the launch and continuation of this programme.

“This presentation of 20 AEDs and training of staff from schools, primarily in the western section of the island, represents our continued commitment. We thank our sponsors and supporters,” he said.

The AEDs will be presented to the schools at a training session to be held at the S Hotel in Montego Bay on July 16. A second presentation is being planned for later this year to mark the organisation’s 25th anniversary.

The programme, which was born out of grief and loss, has positively impacted track and field locally, creating awareness of the need for emergency resources at sporting events and venues.

Schools have requested to be included in the annual presentations, which were prompted by the sudden and tragic deaths of student athletes Cavahn McKenzie (2014) and Dominic James (2016), both at sporting events.

In addition to receiving units, school personnel are trained in CPR and presented with a certificate on completion. Schools can send up to four members of staff to be trained at the training sessions. It is the organisation’s goal to outfit each high school with its dedicated AED unit. This presentation will bring the total number of schools outfitted by TJB and indirect donors to more than 70.

TJB is a not-for-profit corporation based in New York and was formed in 1994.