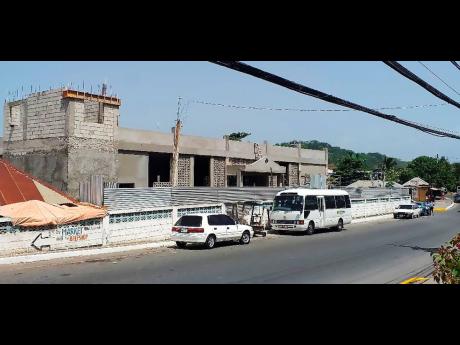 Mayor of Port Maria, Richard Creary, has lashed out at the practice of illegal vending, which he claimed is plaguing the streets of the parish capital of St Mary, resulting in the breakdown of law and order.

An obviously disturbed Creary, who was addressing the monthly sitting of the St Mary Municipal Corporation yesterday, argued that the police have failed to address the issue of illegal vending, and also the chronic problem of jostling for passengers among taxi and minibus operators, who have refused to use the transportation centre.

Creary also made an appeal for the police, the health department, and other government agencies to carry out their functions in a more effective manner.

“After 5 p.m., there are no ­uniformed police officers on the streets of Port Maria to maintain law and order,” commented Creary.

“This has been going on for quite some time now, and business operators are complaining bitterly about illegal vending at the front of their businesses. Taxis are parked illegally, while picking up people and operating indiscriminately.”

The mayor complained that the disorder in the town affects ­emergency vehicles such as fire trucks. “There are no police in ­uniform in the town of Port Maria after 5 p.m. Taxis are parked illegally and sometimes there is no space for any other vehicle to pass. The traffic officers (traffic police) will work up to 3 p.m., granted half of the day they are parked somewhere else, as everybody is observing. Brand new pretty bike and it park up.”

A new market, which is nearing completion, is expected to house vendors operating illegally along the streets of Port Maria.