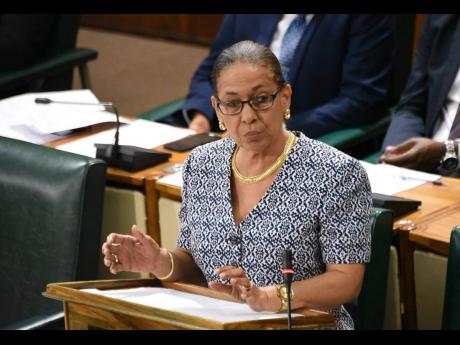 The National Minimum Wage Commission is to engage the public in consultations on the minimum wage.

Minister of Labour and Social Security Shahine Robinson made the disclosure during her contribution to the 2019-20 Sectoral Debate in the House of Representatives on Tuesday.

On the advice of the National Minimum Wage Commission last year, the Government approved an increase of 12.9 per cent in the national minimum wage.

“This represents the highest increase ever granted. Let me emphasise that the review of the minimum wage is ongoing. The commission will again be engaging the public in consultation as it conducts its review and makes recommendations for an adjustment to the minimum wage,” Robinson said.

She reminded the Lower House that the national minimum wage is a floor and not a ceiling, adding that it is a social-protection mechanism and legally defines the lowest compensation for any Jamaican worker.

“Therefore, I commend all employers who routinely compensate above this threshold to honour the value of their employees,” the minister said.