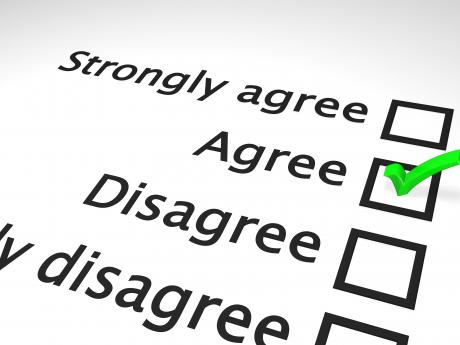 The Statistical Institute of Jamaica (STATIN) will be conducting the Jamaica National Crime Victimisation Survey to gather people’s perception of public safety and the criminal justice system.

It will be conducted between September and November.

STATIN says the survey will allow for a better understanding of people’s views of safety in their communities, their confidence in law-enforcement agencies, and the socio-demographic details of the victims.

In an interview with JIS News, Unit Head of Special Projects at STATIN, Philone Mantock, said that the agency will be conducting the evaluation on behalf of the Ministry of National Security and will engage some 5,000 households across the island.

“The survey measures the incidence of crime from the perspective of the victim, because most of the data we have currently on crime is from police reports, and evidence has shown that a number of crimes are not reported to the police.

“This survey allows us to capture crime from the victim’s perspective, as well as their perception of their safety, and the reliability and effectiveness of certain authorities related to the criminal justice system,” Mantock outlined.

She explained that households will be selected randomly, and one member, 16 years or older, will be chosen to complete the questionnaire.

“So, we will ask questions such as if you have experienced a crime in the past 12 months when the crime happened, the type of crime it was and if there were any other victims,” Mantock noted.

She added that other questions will pertain to the participant’s perception on public and community safety.

The questionnaire will also cover the participants’ views on social intervention programmes and their effectiveness, and their perception of authorities related to the criminal justice system.

“Coming out of the actual data collection, we will do a report to be presented to the Ministry of National Security, which will show the crime prevalence in particular areas and the incidence of crime. They can use the data to see what kind of measures they may need to take in specific communities, which crimes we need to focus on, and get a true picture of crime statistics in Jamaica,” Mantock explained.

STATIN is now concluding a two-week pilot to test the survey process.

Eighteen communities from across the island are participating in the pilot, which ends on July 12.

“We trained 18 interviewers and seven supervisors and they have been across the island in different communities collecting information,” Mantock said.

“At the end of the week, when they wrap up the pilot phase, we will have a meeting with the field staff to assess how effective the instrument was, as they have been using tablets to carry out the survey,” she noted.

She said that the meeting will also allow for identifying and correcting all issues in order to ensure a successful survey in September.

Mantock is encouraging persons to support the process by cooperating with the STATIN team and participating in the exercise.