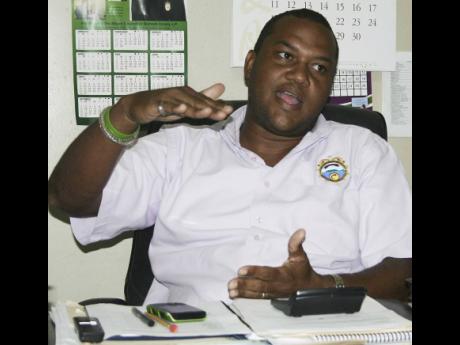 Mayor of Port Maria Richard Creary has lashed out against the practice of illegal vending, which he claimed is plaguing the streets of the parish capital of St Mary.

Creary, who was addressing the monthly sitting of the St Mary Municipal Corporation on Thursday, said the police have failed to address the problems of illegal vending and taxi and minibus operators who refuse to use the transportation centre.

Creary also made an appeal for the police, the health department, and other government agencies to carry out their functions in a more effective manner, which he said could result in the restoration of law and order in the parish capital.

“After 5 p.m., there are no uniformed police officers on the streets of Port Maria to main law and order,” commented Creary.

He continued: “This has been going on for quite some time now, and business operators are complaining bitterly about illegal vending at the front of their businesses. Taxis are parked illegally while picking up people and operating indiscriminately. A lot of the things, if it is not corruption, in that somebody a get a money from somebody, it is laziness...,” said Creary.

“It reach a stage now weh all di fire brigade is being affected and caan pass through the town of Port Maria. There is no police in uniform in the town of Port Maria after 5 o’ clock. Taxis are parked illegally, and sometimes there is no space for any other vehicle to pass. The traffic officers (traffic police) will work up to 3 o’ clock...,” said Creary.

He said the police have failed to restore law and order to the streets of Port Maria, which is being overrun by vendors and taxi and bus operators, thus making life rather uncomfortable for decent, law-abiding citizens.

“Buses and taxis are all over the place. We want some law and order in the town of Port Maria, and I am adamant that we will have it. The market soon done, and I waan hear the excuse that they (vendors) will make as to why they are spread out all over the town. I told one of the vendors the other day that when the market done, not even mi mumma nah sell out inna di road,” Creary said.