Parenting from a distance, the discipline factor – Part 1 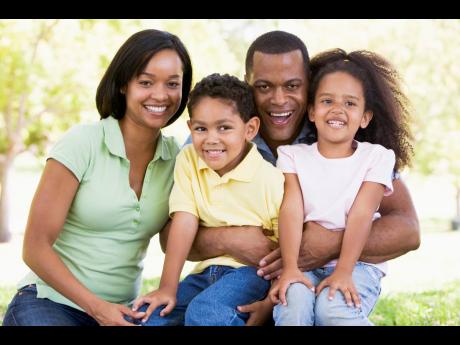 Left us so brittle

There was so little left to give.”

Jamaica is struggling with the repercussions of the breakdown of the family. Some attribute this lack of discipline and the younger generation’s sense of entitlement to the absence of parents who, in seeking a better life for themselves and their offspring, migrate to other countries in a bid to find meaningful employment that will better allow them to take care of their families’ needs.

Children are then left in the care of relatives, usually grandmothers, who are oftentimes not as firm in administering discipline.

It is usually a hard decision to make when a parent decides to leave her children and go abroad to seek better opportunities to earn an income, said Dr Patrice Charles of the Phoenix Counselling Centre. This, she said, causes a major change in the family dynamic.

“The effect of a family member’s migration on those who stay behind can be either positive or negative, depending on individual circumstances,” Charles said. She pointed out that although remittances are a potentially important means of easing family budget constraints and alleviating poverty, children are usually the ones adversely affected when a parent migrates.

“On one hand, they often get better-paid jobs abroad, which allows them to better provide their children with more financial and educational resources and foster social and school achievement. On the other hand, however, missing the main adult caregiver may be harmful for children’s well-being,” she said.

According to her, there are various ways in which a child can be affected by the departure of his parents to another country. For her, it all begins when the family links get weaker, resulting in adults and children failing to communicate properly. This issue, she said, can have multiple ramifications.

“Teenagers are often affected by the lack of communication with their parents as they always need somebody to talk to and ask for advice. The teenagers who are not permanently in touch with their parents have been proven to be less self-confident, to have worse results at school, and even to become isolated from the society,” pointed out Charles.

She also shared that children who live with their grandparents usually have difficulties relating to them due to the generational gap.

One major difficulty that can arise from parent absenteeism, said Charles, is that parents who have been working abroad for a long time sometimes find that their young children do not recognise them when they come to visit and therefore treat them like strangers.

This, she said, usually happens with younger children, who in their young minds, cannot understand why their father or mother had to be absent from home for such a long stretch.

Charles said that most experts point to separation anxiety as a natural occurrence in humans.

“Fears and concerns in children are normal, general, and transient reactions in different situations. In some cases, the family separation diminishes the control capability the parents have on their children. As a result, deviant attitudes may develop, especially in the case of teenagers,” said Charles.

However, she pointed out that separation anxiety can be much more evident in cases where a parent has to leave the house for long periods to work abroad. “Emotional problems” and “problems of social adjustment”, she shared, are some of the consequences that children who are left behind face.

Commenting on effective parenting from a distance, Charles said that parents oftentimes find it difficult to effectively be involved in the lives of their children when they live the same household, so the problem is magnified when parenting is being done from a distance.

For her, even if children are left with one parent, the love and care of the other parent will still be needed.

“No one can replace the presence of a father or mother at home,” she shared.