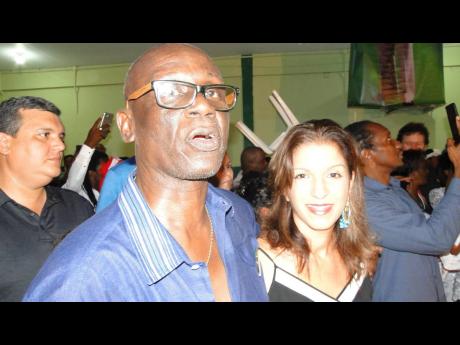 Former Jamaican prime minister, Edward Phillip George Seaga, a Lebanese Jamaican, born and died in the United States of America, was not only a political policymaker. He was an academic and a participant researcher who documented the evolution of Jamaica’s culture in a manner that no other Jamaican politician has.

Seaga himself, when he was installed as a fellow of the Institute of Jamaica, said, “This occasion touches a special place in my heart because it is in recognition of the work I love most, cultural development, and it goes back to the start of my career.”

In 1953, while he was an anthropology student at Harvard University, the Wolmer’s Boys’ School past student collected data in West Kingston and rural Jamaica for a study of indigenous religions and folk culture in the island by witnessing and recording the religious and social practices of Kingston and rural Jamaica grass-roots people. And for three and a half years Seaga lived in the slums of West Kingston while studying the religious and cultural practices of the people.

The late Gleaner columnist, Ian Boyne, wrote in an In Focus, July 29, 2012 article that “Eddie Seaga took a demonised religion of the black masses, Revivalism, and documented it as an authentic religious form, giving international recognition to this despised religion.”

He also wrote, “When he was prime minister, he scandalised ‘respectable’ uptown Christians and fundamentalists by having a Revival table at Jamaica House. That was never done by any ‘born ya’ political leader.”

But long before that ‘scandal’, Seaga’s immersion into West Kingston Revivalism had driven his father to his wits’ end. The elder Seaga could not believe he sent his son to Harvard to come back to listen to Revival tapes.

In ‘A Life on a Cultural Mission’, published in Jamaica Journal Vol 32 Nos 1-2 (2009), Seaga quoted his father asking his mother, “Is that what I sent him to Harvard for?” Whether the answer was yes, or no, the younger Seaga was gripped by the sensibilities and nuances of Revivalism.

That is the world into which Seaga immersed himself. One of the West Kingston communities in which he lived was Salt Lane (including Corn and Chapel lanes), behind Coronation Market. In the Jamaica Journal article, Seaga vividly describes the liveliness of life in that community, where there was a “powerful” Revival bans (band). It was a bedrock of folk culture for which Seaga had a great fascination.

“In the evening hours, the singing and chanting of Pukkumina Revivalists would lace the night air with fleeting glimpses of deep ancestral roots. The allure, the magic, the aura of spiritual power in the air made this little community a sparkling jewel of our heritage,” Seaga writes.

Recently, The Gleaner spoke with Pastor Dwight ‘Moses’ Campbell, leader of the Mount Faith Revival Mission in Jones Town, St Andrew, about what he could recall about Seaga. He said Seaga was genuinely interested in Revivalism, and he witnessed him participating in Revival sessions in Jones Town, and the people loved it.

The same sentiments were expressed by Dr Maria Smith, who studied Revival iconography for her doctor of philosophy degree in cultural studies. She said Seaga’s work had motivated her own research, but why did Seaga himself venture into the esoteric spaces of Revivalism?

Dr Smith said Seaga was working with the people and because he wanted to understand them, he got closer to them, and Revivalism was what pulled him closer. She said the people loved it and it meant a lot to them, and to those who believe Seaga was patronising, she said he was not. The people never doubted him; they believe he was sincere. Yet, he did get the flack from others who thought he was too close to people on the ‘margin’.

From his research, Seaga has written a book called ‘Revival Cults in Jamaica’, and a gold-medal-winning poem called, River Maid, River Maid, under a pen name in the 1967 Jamaica Festival Literary Competition. “With my passion for Revival, I penned a poem of 28 verses depicting one of the most moving episodes of any Revival function, the dance of the River Maid, possessed by a spirit as she enters the healing stream,” Seaga writes.

Incidentally, he is also credited with the establishment of the Jamaica Festival of Arts, the Jamaica Cultural Development Commission and the Jamaica Memory Bank. “I wanted to be that agent of change to open the eyes of all to the cultural wonders and richness among us,” Edward Seaga writes in Jamaica Journal, which he also established.