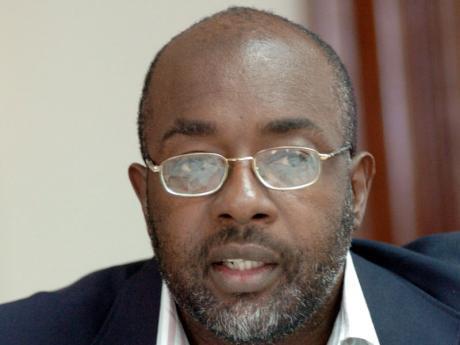 The Opposition spokesman on National Security, Fitz Jackson, is demanding that the country's police chief divulge plans to arrest the escalating crime situation.

In a release this afternoon, Jackson said Commissioner of Police, Major General Antony Anderson (Retd), must tell the "nation what are the plans beyond the current State of Emergency (SoE) to stem the growing incidents of murder and other atrocities affecting several communities and townships across the island".

The Opposition spokesman said the current state of affairs is of utmost concern given the uptick in murders and violence across several communities, and in some areas, within the jurisdiction of the state of emergency.

Jackson pointed to the recent shootings and deadly attacks in west Kingston and St James as evidence that ruthless thugs are not deterred by the presence of the SOE.  "In fact, it appears as though these criminal elements have studied the deployment pattern of the SOE, and are using it as cover to carry-out their heinous crimes and showing no regard for what was intended to be a ‘shock and awe’ response by the State," he argued.

“A series of shootings in Trench Town, a stone’s throw away from a police/military check point  recently, is evidence of the criminal disregard for the state of emergency. This is alarming and disconcerting,” Jackson added.

The security spokesperson also cited an episode of extensive shooting on Lincoln Road, near the command centre, as further evidence of the weakening of the effectiveness of the SoE.

According to Jackson, there have been several murders and shootings with intent despite the ongoing SoE in St James.