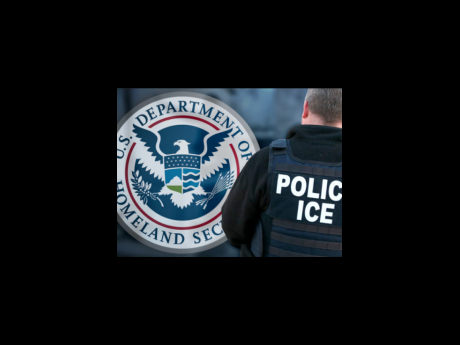 WASHINGTON,  CMC – The House of Representatives has passed the National Defense Authorization Act (NDAA) that includes an amendment by Congresswoman Yvette D. Clarke that regulates the US Department of Defense’s (DOD) involvement with the US Immigration and Customs Enforcement (ICE) agency.

Clarke, the daughter of Jamaican immigrants, said that along with Representatives Bennie Thompson, of Missouri, and Kathleen Rice, of New York, offered the amendment as “a clap back to the crisis at our border.”

The amendment prohibits the use of DOD equipment, personnel and facilities to house or construct housing for any foreign nationals who are in custody of ICE.

“There is an emergency at our southern border on the account of our bigoted president who has directed Border Patrol agents to house migrants in dangerous and unsafe conditions,” said Clarke, who represents the predominantly Caribbean 9th Congressional District in Brooklyn, New York.

“We must not allow the Department of Defense to play a role in the dehumanisation of our migrant community,” she added, stating “that is why I included my amendment in the NDAA. ”

The NDAA also prevents, among other things, the use of money for a border wall; prohibits federal funds from being used for any military action against Iran without Congressional authorisation; prohibits new transfers into the Guantánamo Bay detention facility in Cuba; and restricts US assistance of Saudi campaign in Yemen.

“New York’s 9th Congressional District is bustling with people from around our globe. I will never stop fighting for immigrants to ensure they are treated humanely and are respected as human beings,” Clarke said.

In early June, the US House of Representatives passed the latest version of the DREAM Act, an ambitious expansion of an almost two-decades-long legislative effort that would put millions of young undocumented Caribbean and other immigrants and immigrants with temporary status on a pathway to US citizenship.

With few Republican votes, the Dream and Promise Act of 2019 (H.R. 6), sponsored by Clarke, passed the Democratic-controlled House by a vote of 237 to 187.

Dreamers are young undocumented Caribbean and other immigrants who came to the US as children, including those who were protected from deportation by the Obama-era Deferred Action for Childhood Arrivals (DACA) programme.

On Friday, the US President announced that starting Sunday, ICE will conduct nationwide raids to arrest and deport undocumented Caribbean and other migrants.

But Clarke and New York City Public Advocate Jumaane Williams, the son of Grenadian immigrants, told the Caribbean Media Corporation (CMC) that they were “disgusted” by Trump’s ongoing onslaught on immigrants.

“I am disgusted that Donald Trump has issued ICE raids across 10 of our nation’s largest cities, including New York City, to begin on Sunday,” Clarke said. “These ICE raids are nothing more than a bigoted strategy that terrorises more than 2,000 immigrants and will cause the separation of even more families.

“Trump’s immigration policies are inhumane and reflect the darkest parts of our history,” she added. This must come to an end.”

Williams, who has held a series of events to distribute “Know Your Right” literature at sites across New York City, in anticipation of potential raids, noted that “Trump wants to dismantle immigrant communities in this country one way or another.”

“To all immigrants in our city who are under threat, you have allies and advocates who are with you,” he assured. “We won’t be discounted. We won’t disappear. We will keep fighting for you,” he said

The raids, which were initially scheduled for June, were jettisoned until Sunday.

Trump told reporters at the White House on Friday that there was “nothing to be secret about” Sunday’s sweep, describing it as “a major operation.”