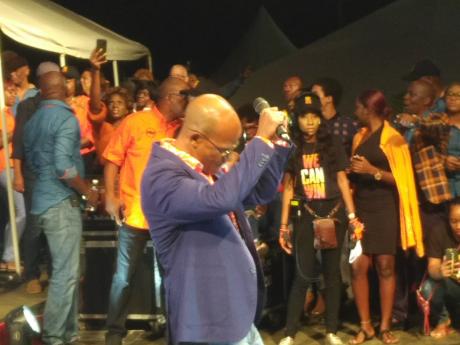 On more than one occasion, it was likened to a gathering of the People's National Party (PNP's) annual conference: hundreds of horn-blowing Comrades decked in orange, four massive television screens and super-sized loud speakers, and party bigwigs shouting into microphones from the platform.

It was the 'Rise United' presidential campaign launch of Manchester Central MP Peter Murcott Bunting who turns 59 on September 7, the same day he will challenge incumbent Peter David Phillips. 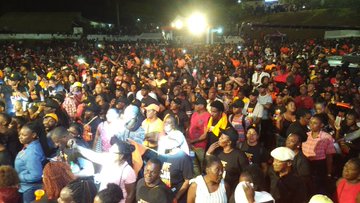 Busloads of Comrades rolled into the central Manchester town on the grounds of the Manchester High School on Sunday evening to hear ringing endorsements for the leadership aspirant and what he called a preview of his manifesto. 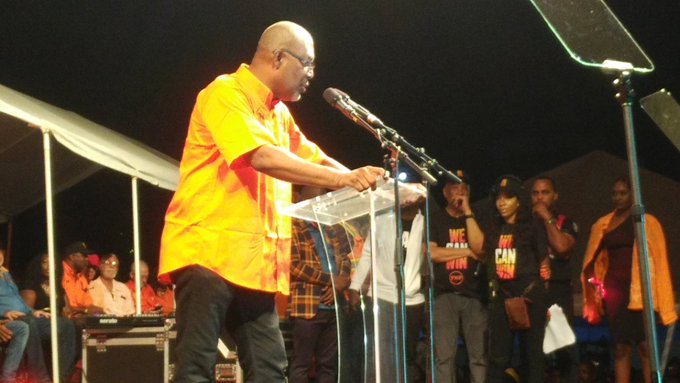 Event chairman, the Westmoreland Eastern MP Luther Buchanan would take to the microphone intermittently to announce that the crowd was consistently swelling with some 1500 delegates among the throng of supporters.

Williams said Bunting was like artistes Bounty Killa, providing ground breaking opportunities for many people; Beenie Man, as he was the 'king' of banking; and Bob Marley, as he was a believer in "one love" .

Ian Hayles, Hanover Western MP also said Bunting was the best to lead the PNP and was deserving of a birthday gift on September 7.

Hanover Western MP Ian Hayes says there are other potential aspirants for the post of @JamaicaPNP president but urges Comrades to ensure that @PeterBuntingMP secures his path to Jamaica House. pic.twitter.com/iXYxvw9lW6

Hayles also claimed that there were other potential leadership aspirants.

Why Bunting wants to be PNP president

Peter Bunting took the stage of his presidential campaign launch on Sunday with his wife, Anushka, parading on the catwalk and greeting supporters at the start of his 30 plus minutes-long presentation.

NOW: Manchester Central MP @PeterBuntingMP takes to the stage to launch his @JamaicaPNP presidential bid and invites his wife, Anushka, to the stage to thank her for her support. pic.twitter.com/G7vMjYJ4rE

According to Bunting, the party must become more organised and must better cater to its workers.

He said the party's constitution needed to be simplified and the entire communication needs to be overhauled.

Bunting also said the party must provide viable alternatives to the government with a clear focus on improving education, reversing the oppressive contract labour practice, and  promoting safety in communities. 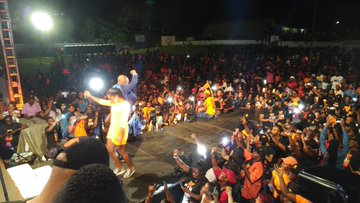 These were areas of focus outlined by incumbent Peter Phillips when he launched his campaign in Kingston two weeks ago.

Another critical plank of his leadership, Bunting said, will be fostering conditions for small businesses to grow.

"I'm ready to use all my experiences and to call the best people to give small businesses in Jamaica a level playing field," he said.

At the same time, the PNP presidential aspirant said under his leadership, the PNP would ensure that there is accountability.

"Under my watch, there will be zero tolerance for any financial hanky panky. Politicians must stay away from taxpayers' money or be prepared to wear short pants," he warned.

WHAT THEY ALSO SAID:

Mark Golding, St Andrew South MP
I have never come across anyone who thinks more clearly than Peter Bunting. That man Peter Bunting was born to lead.

"It's your time now," former Manchester North Western MP Dean Peart tells @PeterBuntingMP. Peart who is also a former government minister says he is not impressed with the leadership of the party over the past two years. pic.twitter.com/D4rTFXAdBo

Dean Peart, former Manchester North West MP
Peter, it's you're time now. We're making sure that we bring you home.

Ronnie Thwaites, Kingston Central MP
The People's National Party needs a bath. We cannot go on simply maintaining the system of political economy in this country and expect the people to support us.

Esther Lewis Wachaoupe, Vice-president PNP Women's Movement
We are supporting Peter Bunting because women are a big part of his team. I want a leader who includes women. Comrades, rise united! Look at you tonight, we have won!

@DaytonCampbell presents to @PeterBuntingMP a laptop he says is a signal of a new move to modernise the @JamaicaPNP. pic.twitter.com/ZRWG2wrtvN

Dayton Campbell, campaign director, St Ann North West MP
The people are with Comrade Bunting. For persons who want to tell you: even when the majority of persons out there say we need a change, 'we must ignore them.' We are not about that kind of politics. We are about the politics that will listen to the majority of the people and you have spoken loud and clear tonight that you want change.