Steve Lyston | God is in control of the environment 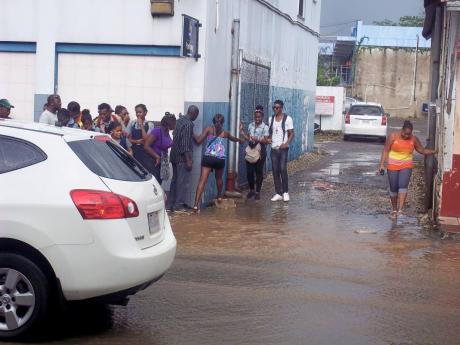 In my view, climate change concerns include whatever you allow to take place in your environment, airspace, zone – good or bad, spiritually or naturally. It is, therefore, critical for us to know the character and plans of those who have dominion over us and within our communities and nation. What we permit, or forbid, is critical to the health of our community.

If we permit abortion, sexual immorality and witchcraft to have dominion over us, for example, that will have a negative impact on our society overall. There are many who are deemed experts on climate change, who speak about this topic at length. But the questions we need to ask are: Are they being truthful or honest in their reports and regarding the topics they discuss? Is it about shifting wealth from one to the other? Is it a plan to shift our focus from what the word of God says about the climate? That topic is clear in the scriptures. After all, he created and controls the climate.

Real Christians should not be afraid of climate change. God controls the weather. Psalm 46: 2–3 reminds us: “Therefore, we will not fear, even though the earth be removed, and though the mountains be carried into the midst of the sea; though its waters roar and be troubled, though the mountains shake with its swelling.” Therefore, we are not to be afraid, despite the earthquakes, tornadoes, landslides, volcanic eruptions that we experience. Why are we worrying about the greenhouse effects, gas emissions and the burning of coal? In earlier days, the burning of coal was more frequently done and the people then were healthier than those now. We didn’t have 5G and 4G or cell sites then, and now we are less healthy. In addition to this, Swiss and German scientists also suggested that increasing radiation from the sun may be responsible for part of the recent warming and the excessive heat. They say the sun is getting brighter. How would the scientists explain Revelation 16: 9, which states: “And men were scorched with great heat, and they blasphemed the name of God who has power over these plagues; and they did not repent and give Him glory.”

John 4: 8 and Luke 12: 55 speak about the south wind which would bring increased heat and high temperatures upon man. This heat will also cause the melting of ice and flooding in other regions (see also Psalm 19: 6, Isaiah 49: 10 and Job 24: 19). These are facts that God controls the climate.

Furthermore, the danger will increase because during the heat, the vipers and snakes begin to surface even more.

It is God who controls climate change. So in order to get the change we need, our hearts must first change, then we will begin to have improved temperatures.

The focus should be to address the things that will have positive effects on the climate. Don’t waste billions of dollars on the wrong kind of education, while we neglect to address the real issues.

Theological education shows the connection between the scientific and the theological. The very word which describes one of the three characteristics of God himself is the term ‘omniscience’, from which comes the word ‘science’.

- Set up prayer centres throughout the country.

- Consistently declare God’s word. The world was created with words and only the word can bring healing to the climate.

- Building low-income housing and bring an end to squatting.

- Significantly increase the use of solar panels for solar energy to cut down the use of nuclear-powered energy, and include free solar panel donations in various communities.

- Scientists need to cease certain tests on the atmosphere which are now backfiring.

- Family must be the first priority.

- Grants and loans must be given to improve the welfare of the poor, particularly in the rural areas.

- Some of the fertilisers being used in our soil need to be banned, and we need to get back to basics – organic.

- All fish must be tested for nuclear contamination.

- Have a massive tree-planting drive in every community, which involves the schools as well as businesses.