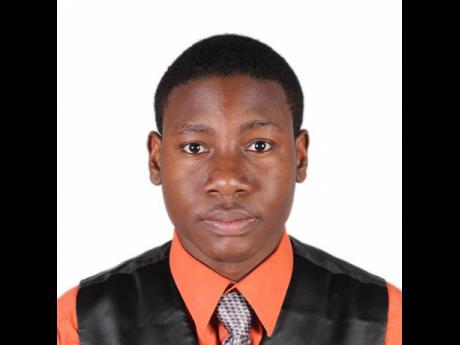 Doctor-in-waiting Demar McKenzie has said he feels appreciated after being presented with the Governor General’s Achievement Award recently at the Wembley Centre for Excellence in Clarendon.

“Their Excellencies not only acknowledge my perseverance to strive for success, but also showed their sincere gratitude for my contribution to nation-building, whether through simply being a role model to my peers and community members or through volunteerism. It is imperative that I say that I really feel appreciated,” he said.

Despite his rocky start in life and the hardships he had to endure, McKenzie told The Gleaner, he has never doubted his ability to achieve his goals.

“Life did not confuse me as a child. The pathway ahead was quite vivid, with obstacles and limitations clearly defined,” he said, adding that from a young age, he was able to make rational and logical decisions regarding the future.

Growing up in a home with financial challenges, he said, taught him a great deal. That kind of hardship has been a huge factor in his life from primary school to university, he explained.

“Starting off in primary school, I was one of the odd students, according to my fellow colleagues. I was not the child to play a lot. However, I was known for my brilliance. Most times, sitting in class and paying attention was quite a task when I wanted something to eat. This was my experience up to grade six,” he shared, adding that his parents tried their best, but there were times when he didn’t have lunch; but he also remembers the caring teachers who assisted when they could.

His mother, who suffers from heart disease, was unable to provide the financial assistance he needed. After sitting the Grade Six Achievement Test, McKenzie was placed in a non-traditional high school – Marcus Garvey Technical. He noted that persons were disappointed and many had negative comments. He recalls the popular opinion at the time, “Not even mi dog mi wouldn’t send through Marcus gates”, and this, he said, resonated in the minds of many students.

“I was quite perturbed at the time, but it did not stop me from propelling forward.

“Attending Marcus Garvey Technical High School, I now have no regrets. My teachers were absolutely amazing. I had problems attending school and getting lunch. I was placed on the school’s welfare programme and received lunches daily, while whenever my parents could not provide for transportation, a few of the teachers would help,” he said.

Favour remained with McKenzie, who noted that by the end of his tenure when he was supposed to pay fees for him to sit the Caribbean Secondary Education Certificate subjects, he had no money to do so, but through the help of the school it was made possible.

“In December 2011, a portion of my house was destroyed with my school-based assessments (SBAs) and other school-related gadgets. This was a terrible period. I still managed to redo the SBAs and passed all my exams,” he said.

After matriculating to university, the same hardships taunted McKenzie. Sometimes he had a meal, sometimes he didn’t – that, he said, became his norm.

“Ever since my fire ordeal in 2011, I have not been able to fully recover financially. With the assistance of some good corporate citizens, I was able to attend university, cover my hall fees and buy groceries along the way. Of course; my family helped in any available capacity,” McKenzie said.

Notwithstanding his struggles, McKenzie found time to give of himself in service to Jacob’s Ladder, a Mustard Seed Community project, Strathmore Gardens Children’s Home, as well as at National Baptist Basic School, among others.

McKenzie said he is now on the cusp of bringing some projects into reality.

“I have garnered even more motivation from my fellow awardees who have done a tremendous job of assisting numerous individuals, including children,” he said on his motivation to serve.

As he looks forward to taking his Hippocratic oath of what he calls a “noble profession”, McKenzie said the joy it brings him to assist patients and their family members who are hurting is very rewarding.

“The multifactorial nature of life’s hindrances to success has contributed to my approach to surviving in this world; helping others while propelling forward. I have always been a motivator, even to strangers, having meaningful conversations to help them in tackling life’s problems and plan for the future.”