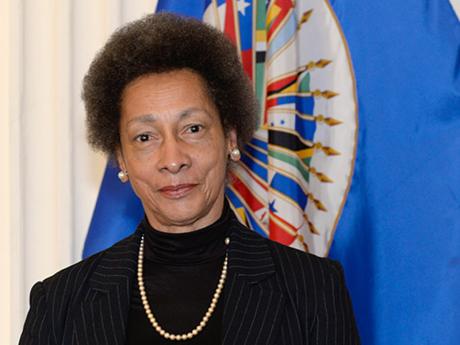 Jamaican attorney Margaret May Macaulay has been re-elected as a Commissioner of the Inter-American Commission on Human Rights (IACHR).

At the OAS, Macaulay is the Rapporteur on the Rights of Persons of African Descent and against Racial Discrimination.

Macaulay holds a Bachelor of Laws degree from the University of London and is currently an attorney in private practice.

She serves as a mediator in the Supreme Court of Jamaica and an associate arbitrator in addition to serving as a notary public.

She served as a Judge for the Inter-American Court of Human Rights from 2007 to 2012, contributing to the formulation of the Court’s Rules of Procedure.