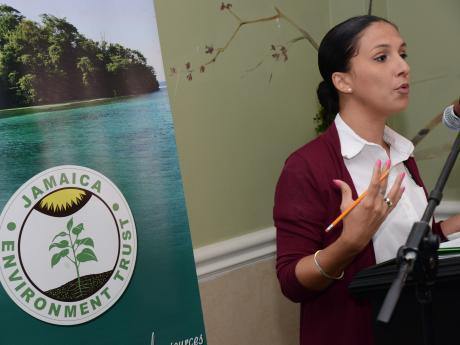 Following a public meeting to discuss the finding of an Environmental Impact Assessment (EIA) for the Port Royal Cruise Port Terminal Development, the Jamaica Environment Trust (JET) is raising strong objections to the way in which the project is being handled.

The meeting was hosted by the Port Authority of Jamaica (PAJ) last Friday, July 12.

JET says among its major concerns is that work has already commenced under the project, along with inconsistencies between statements in the EIA and comments made by the PAJ and the EIA consultants at the public meeting.

“Despite several statements from representatives of NEPA (National Environment and Planning Agency) and PAJ during the meeting that the project had not yet been approved, JET has copies of five beach licences which have already been issued by NEPA to PAJ for the project and work including coral relocation has already taken place at the site,” said JET CEO Suzanne Stanley.

“The Jamaican public can only infer that the EIA and public meeting are mere formalities, and that the Port Royal Cruise Port is a done deal,” she continued.

Further, JET says at the meeting it also highlighted several inconsistencies between what was being presented by the PAJ and what was contained in the EIA document.

“While the PAJ maintained that no dredging would be required by the project, the EIA states that ‘maintenance dredging may become necessary because of the natural accretion of material or because of a build-up of material over time’.

“While PAJ maintained that there would be no wetland removal, the EIA states that ‘the mangrove area on the shore is the last remaining stand of old Red Mangrove growth on the shoreline at Port Royal. The revetment of the shoreline will…alter the coastal habitat by destroying the mangrove strip to the east and west of the anchor point’.”

The environment lobby group attempts by PAJ to clarify these two points at the meeting have not satisfied it interests and is currently conducting a detailed review of the EIA.

“The public is given 30 days after the public meeting to send in written comments on the EIA to NEPA, so that is what JET is working on right now,” said Stanley.

* The EIA does not cover all project phases and represents a piecemeal approach to development. Project components planned for phase 2 of the Port Royal Cruise Port development such as the train and rail system to take visitors into Port Royal and along the Palisadoes have not even been addressed.

* The cruise ship terminal is to be established in the Palisadoes Port Royal Protected Area (PPRPA) a Ramsar wetland of international importance, a Protected National Heritage Site, and is described as “one of the most important archaeological sites in the Caribbean and a unique site worldwide.” Despite the litany of negative environmental impacts of the cruise port development described in the EIA, the document does not present an alternative location for the port in Kingston, i.e. outside the protected area.

* Pressure on Port Royal’s already inadequate potable water supplies and sewage system from this project promises to be substantial. PAJ’s response to this concern raised at the July 12 meeting indicated that the first phase of the cruise port project will address the needs of the cruise port, with the second phase addressing the needs of Port Royal. JET is extremely concerned to learn that the sewage and water supply upgrades for the town of Port Royal will not be undertaken before the cruise ship pier is open.