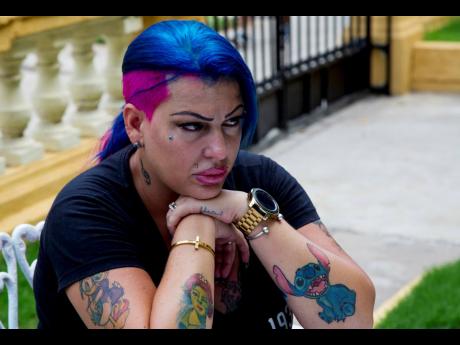 Dianelys Alfonso has a bold presence – brightly coloured tattoos, spandex bodysuits, technicolour hair – and a clarion voice that won her the label ‘Goddess of Cuba’ for her turns on songs ranging from ballads to reggaeton.

Now she’s also the centre of a new phenomenon in Cuba after publicly accusing another renowned musician, flutist and bandleader José Luis Cortés, of repeatedly assaulting and raping her during their years-long relationship while she was a vocalist for NG La Banda, one of the best-known Cuban bands of the last three decades.

Since Alfonso’s accusations against Cortés on an Internet video programme last month, many Cubans have declared their support for her online, calling her the pioneer of the #MeToo movement in a country where open discussion of violence against women is rare.

Cortés has not publicly responded to the allegations or to messages seeking comment left by The Associated Press on his band’s social media accounts or with his promoters.

Within hours of speaking to video host Alex Otaola and alleging that she had been abused by Cortés, hundreds of Cubans on the island and in its diaspora in the United States, Latin America and Europe began posting messages of support for Alfonso with the hashtags #IBelieveYouGoddess, #MeTooInCuba, and #YouAreNotAlone.

Alfonso has also received reams of abusive messages, calling her a liar and accusing her of besmirching Cortés’ reputation to win greater renown.

“I look at everything happening online and I’m really stunned,” the 38-year-old singer told The Associated Press. “I can’t really understand what’s happening online. I’m just trying to keep getting professional, psychological help to deal with everything that’s come at me for having told the truth.”

Online activism of any kind is relatively new to Cuba, which only began permitting mobile Internet this year. Until recently, open discussion of domestic abuse also has been rare in a communist society where the government portrays itself as able to take care of every social problem, and where there are only a handful of non-governmental women’s rights groups.

The government last year organised a publicity campaign to raise consciousness of domestic violence, with posters and announcements in official media under the slogans ‘You Are More’ and ‘Evolve’, though that appeared to focus more on physical than sexual abuse.

Some 500 Cuban artists and intellectuals have signed an open letter of support for Alfonso that condemns violence against women on a Facebook page titled, ‘I Believe You’.