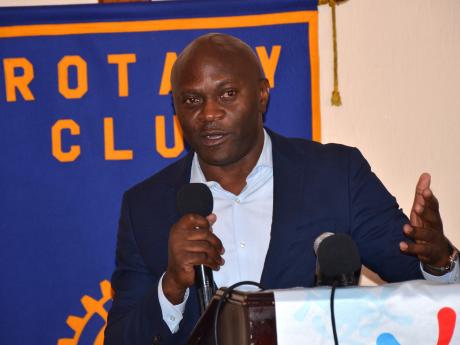 The International Monetary Fund (IMF) will continue to operate its offices in Jamaica for an additional two years, after its S$1.6-billion Precautionary Stand-By Arrangement with the island comes to an end in November.

Jamaica entered into a four-year US$932-million Extended Fund Facility with the IMF in 2013.

That arrangement ceased in 2016 and was replaced by  the Stand-By Arrangement.

IMF Resident Representative, Constant Lonkeng Ngouana, addressing the Rotary Club of St Andrew weekly meeting on Tuesday, further disclosed that the organisation will also be providing Jamaica with technical support for institutional and capacity-building in key ministries, departments and agencies through training, among other inputs.

Ngouana noted that while it is the norm for the IMF to close its local office when its programme with a country ends, the decision to maintain the Jamaica office for an additional two years speaks to the strength of the Fund’s relationship with the country.

Meanwhile, Nguoana commended the steps being taken by the government to ensure that the gains recorded under the stand-by arrangement are preserved.

These include work to establish the proposed independent Fiscal Council; reforming the Bank of Jamaica’s mandate to focus on inflation-targeting; advancing work on the proposed policy framework for natural disasters, and strengthening the capacity of the Ministry of Finance and the Public Service.

“Those are the types of initiatives that will ensure that once Jamaica exits from the Fund’s financial support, the reform momentum and… the hard-won gains due to the sacrifice by all Jamaicans… are preserved when the programme expires,” Ngouana added.

Ngouana’s tenure in Jamaica concludes in August and he will be replaced by another representative.