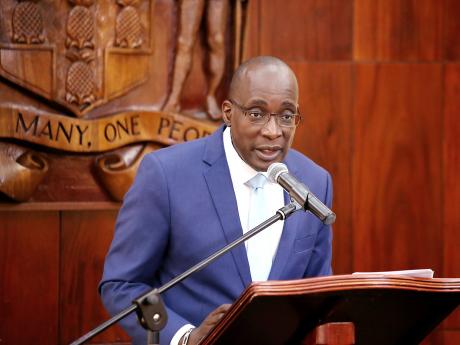 Director of Public Prosecutions (DPP) Paula Llewellyn has found that four criminal laws may have been breached by "key players" in the Ruel Reid-Caribbean Maritime University (CMU) corruption case.

The opinion has been sent to the Financial Investigation Division (FID) which is leading the probe.

It has also been copied to the Police Commissioner Major General Antony Anderson.

"We have earlier today provided the Financial Investigation Division with a detailed 13-page document which includes a legal opinion, guidance and recommendations," Llewellyn said in a release.

She did not provide details.

"It would be remiss of us not to underscore that during an investigation confidentiality needs to be maintained until there is sufficient material to charge
an individual. When too much information is released into the public sphere, it can compromise the integrity of the investigation and the viability of a future
successful prosecution and could also have a deleterious effect, especially where potential witnesses whose names find themselves in the public space can be
intimidated and demotivated in respect of assisting in a prosecution," Llewellyn said.

Reid resigned on March 20 amid the corruption allegations.

A short while ago, FID head Robin Sykes confirmed receipt of the DPP's findings.

He told RJR News that it was very solid and would guide the case of investigators.

"When it is presented before the court... we want to ensure that there is no argument about our investigations,"  said Sykes.

Meanwhile, Llewellyn said while her office can make recommendations to investigative entities to prosecute individuals or indicate that there is insufficient material to mount a viable prosecution, the police and other investigative bodies must make the decision whether to arrest and charge and place any matter before the court.