US Senate confirms businessman Donald Tapia as ambassador to Ja 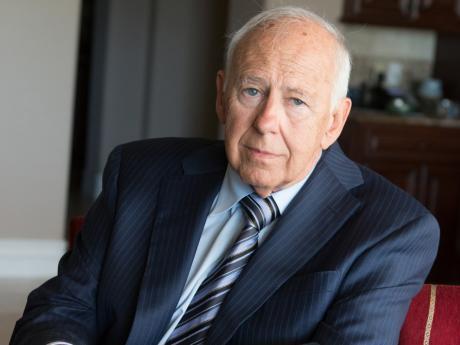 The White House is to be notified of the Senate's decision.

The Senate’s Foreign Relations Committee had previously recommended that Tapia be confirmed to the post.

Jamaica has been without a top US diplomat since the departure of Luis Moreno in July 2017.

Tapia's nomination was referred to the foreign committee after it was submitted to the Senate by President Donald Trump on January 16.

President Trump resubmitted Tapia’s nomination after it was sent back to the White House on January 3, 2019, after the Senate adjourned in December 2018 without making a decision.

Tapia was nominated by President Trump last May and appeared before the committee that July where, among other things, he pledged that he would focus much of his attention on Jamaica's energy sector if he is named to the post.

At a meeting of the committee last August to consider pending ambassador nominations, the body voted to report favourably on Tapia's nomination to the Senate.

However, the process was not completed before the adjournment of the Senate, resulting in the nomination falling off the agenda and subsequently returning to the White House.

* Tapia earned a B.A. and M.B.A. from Saint Leo University, Saint Leo, Florida, which also awarded him an Honorary Doctor of Humane Letters.

* Tapia was the Chairman and CEO of Essco Group Management, the largest Hispanic-owned business in Arizona for more than three decades before retiring in 2010 to devote his time to philanthropy.

* Tapia’s philanthropic efforts have included serving on the Board of Directors of the Sun Angel Foundation & Endowment at Arizona State University, as Chairman of Board & Trustee at Saint Leo University in Florida, and as Member of the President’s Circle at Xavier College in Phoenix, Arizona.

* He has served on the Boards of social service organisations such as the Boys & Girls Club of Metropolitan Phoenix, Teen LifeLine Phoenix, Advisory Council of the Arizona Animal Welfare League and Advisory board for Foundation for Blind Children in Phoenix Arizona.

* He also worked as an air traffic controller for the Federal Aviation Administration in Cleveland and Cincinnati.