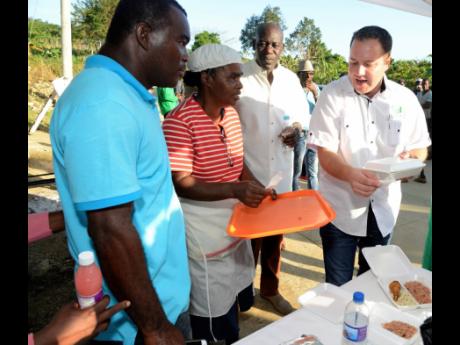 Contributed
Peter Donkersloot, outgoing general manager of Carib Cement, with residents of Litchfield in Manchester following the opening of a new road in that rural community in December 2018. 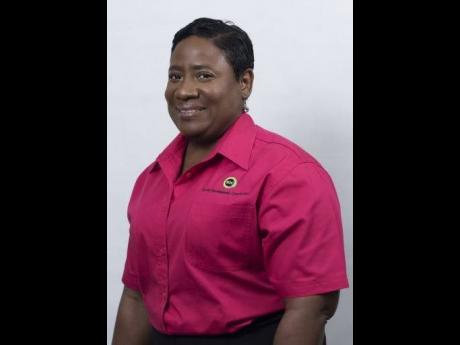 The Caribbean Cement Company Limited is in the final stages of its ‘Build Your Community’ competition which will soon be announcing the winner of an infrastructure project valued at $5 million.

The competition’s website received more than 8,600 visits and 760 downloads of the application form.

Peter Donkersloot, outgoing general manager of Carib Cement, in expressing satisfaction with the response to the competition, stated: “Strong, cohesive communities help to build a greater Jamaica, and the aim of this competition is to reward a community that is able to work together to win and, thereafter, successfully maintain the infrastructure for the benefit of everyone in the neighbourhood.“

What has unfolded is the clear statement from communities that green, open and communal spaces are in high demand. Parks, community centres, and playgrounds were the top three projects proposed. This has not come as a surprise to executives at the Social Development Commission (SDC), who have identified recreational spaces among the top needs of communities.

“The percentage of applications requesting support for parks and community centres suggest that there is a need for designated recreational spaces. This is in keeping with what we have found at the SDC, as our national listing of community issues ranks the lack of recreational facilities fifth among the top 10 development issues for communities,” said Juanita Reid, deputy executive director, community research and national development planning at the SDC.

Reid further stated that the results of the competition affirm the work of the SDC’s research and community development planning programme in building the capacity of communities to engage partners to assist with solving challenges.

By this competition, Carib Cement seeks to contribute to Goal One of Jamaica’s Vision 2030 and Goal 11 of the United Nations Sustainable Development Goal, which both recognise the importance of safe, inclusive and accessible public spaces and their role in contributing to healthy lifestyles and communities.