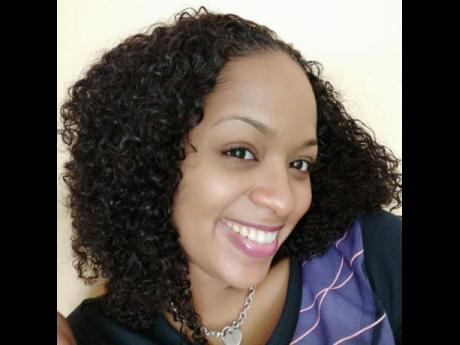 Contributed
Danielle Hall, showing off the smile she is trying to save. 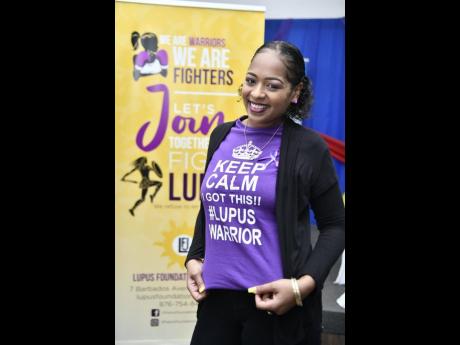 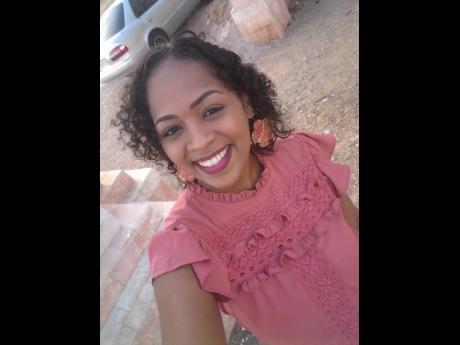 ‘More pon plenty’ is what many Jamaicans would say if they were in the same situation as Danielle Hall, who was diagnosed with lupus in 2011 after being tested and treated for the many unknown illnesses she encountered. However, during that time, she had the misfortune of developing another autoimmune disease: Sjogren’s syndrome, which has had devastating effects on her life.

Sjogren’s syndrome attacks the glands that make tears and saliva, causing dry mouth and eyes. It mostly affects women over 40 and is often linked to rheumatoid arthritis and lupus. However, at 29 years old, Hall fears losing her teeth too quickly.

“In 2015, a biopsy was done on the inside of my bottom lip to detect the severity of the condition. The results came back as severe,” Hall said, “Since the time of my diagnosis until now, I have suffered a great amount of deterioration to my teeth, particularly because I have very low saliva production.”

Saliva helps to break down food and prevents the acid from the stomach to deteriorate the enamel of the teeth. So when the production of saliva is low, this can lead to rapid teeth decay, oral ulcers, teeth sensitivity and pain – just to name a few. It also causes a dryness in the nasal passage which, for Hall, cause the mucus to dry and crust and lead to infection.

In order to try and live a normal life, Hall has had to make some changes.

“Having Sjogren’s syndrome has drastically changed my life,” she said, “I have been restricted to using only extra soft toothbrushes to prevent excessive gum bleeding; to use only sensitive toothpaste and a specially formulated mouthwash for dry mouth. I also wear a mouth guard at nights to prevent my teeth from grinding, which has resulted in severe migraines and tight clenching of my body, which causes body aches and pains, almost on a daily basis.”

Restrictions extend even to her diet, where she is only allowed to have non-acidic foods, nothing with a hard texture, or anything too sweet.

“The plain truth is, everything I eat causes sensitivity and pain and, as a result, I eat very slowly,” said Hall.

She admits that she spends a great deal of time and resources at her dentist’s office and has undergone many procedures over the past few years, all in an attempt to preserve and save her teeth and smile.

“My diagnosis with Sjogren’s syndrome has resulted in me needing to fill all my teeth, some of which have been redone more than once, and I’ve had to extract three which were unable to be restored,” Hall explained.

She further gave a rundown of how each lengthy procedure is done.

“Each time I have to carry out a dental procedure, my dentist has to give me four to six injections to ensure I am properly numbed due to the sensitivity I experience. She then has to use petroleum jelly to prevent my mouth from getting too dry during the procedure or getting ulcers, and she also has to periodically break during a procedure to prevent my jawbone from shifting out of position.”

However, all of this is not enough, as it seems that Sjogren’s syndrome is winning this battle. Hall now has to undergo three root canals to save her teeth, because they are at a stage where mere filling will not help.

“I need to save my teeth as each time one is extracted, the tooth beside it weakens, making it very difficult to eat or drink,” she said. “Currently, I am restricted to eating on one side of my mouth, which now gives me excruciating pain due to an infection in one of the teeth that requires a root canal.”

Through it all, however, Hall can always be seen sharing her smile, and encouraging someone; helping those who come her way.

“Unfortunately, for me, my teeth are always hurting while causing other pain; the regimes also get frustrating at times. Despite all, I still wear my smile proudly as if everything is okay,” she shared.

Pain is no stranger to Hall, but her smile is always there, even through the tough times. As such, she is seeking the public’s assistance to pay for root canals for three teeth, which cost more than $300,000.

DONATIONS CAN BE MADE TO