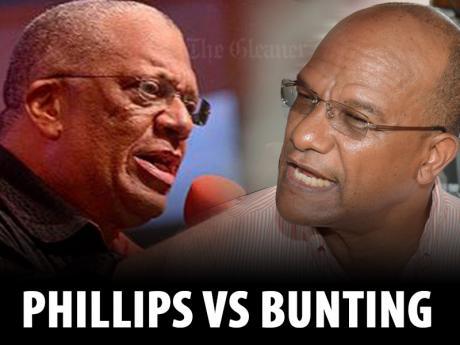 The Election Monitoring Committee of the People’s National Party (PNP) has now stepped in to try and end the mudslinging among supporters of the two candidates in the PNP presidential contest.

Incumbent PNP President Dr Peter Phillips is facing a challenge from Central Manchester Member of Parliament Peter Bunting for the leadership of the 81 year-old political organisation.

Bunting’s challenge was announced last month and since then supporters of both candidates have been taking jabs at each other.

In a statement today, the PNP’s five-member election monitoring committee said it had taken note of the “various comments” made on behalf of both candidates, “especially in social media”.

“Many of those comments are, at best, inappropriate”, but they give cause for concern as to their effect on the party’s reputation”, the statement said.

The committee, which is chaired by PNP chairman Fitz Jackson, did not cite examples of the comments it found inappropriate, but said “we have no doubt that all well-thinking Comrades will recognise such inappropriate comments”.

However, it called on Phillips and Bunting to urge their supporters to “cease and desist from engaging in actions adverse to the reputation of the party and of any Comrade” before delivering an ominous warning.

“Please remember that the party constitution provides for disciplinary action, which can be taken in appropriate cases and one duty of this committee it to uphold the party’s constitution”, the statement said.

Further, it pointed out that legal action for defamation of character “is always open to anyone who feels aggrieved”.