Norman Marsh | 50 years after the birth of the Jamaican dollar … Should we return to a currency union? 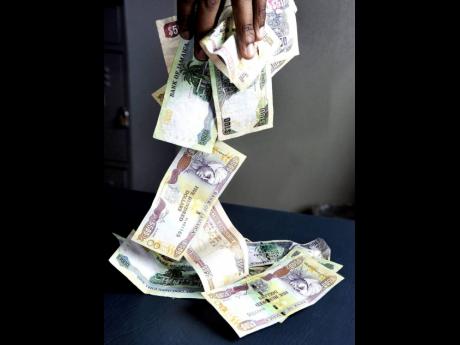 Ricardo Makyn
Jamaica’s success in operating an extremely stable currency for 129 years (1840 to 1969) was due to a simple reason – we were part of a currency union.

On September 8, 2019, Jamaica will reach the 50th anniversary of the birth of our Jamaican dollar and also the decimalisation of our currency, which happened on September 8, 1969. The day will mark the change from using the Jamaican pound and the pound sterling as our official currencies. The Jamaican pound, prior to 1969, was used interchangeably alongside the British currency (notes and coins) and was equal to the British pound in value.

It is quite surprising that the approaching date has not been heralded with any planned fanfare. Could the lack of a celebratory atmosphere be due to the fact that during the past 50 years, since introducing our Jamaican dollar, its value has declined by a substantial sum against the US dollar?

When we contrast the preceding 129 years, from 1840 to 1969, during which Jamaica used the Jamaican pound, we will notice that we suffered no significant devaluations against the US dollar. Had we decimalised and remained anchored to the pound Sterling, one Jamaican pound today, or simply £1.00, would be equivalent to US$1.24, a decline of only 48 per cent against the US dollar, in 50 years.

Jamaica’s success in operating an extremely stable currency for 129 years (1840 to 1969) was due to a simple reason – we were part of a currency union or dollarised (‘dollarisation’ is the term for when a foreign currency is used in addition to, or instead of, the domestic currency as legal tender) by using the world’s strongest reserve currency of the period, the pound sterling. During the 19th century and the early part of the 20th century, the pound was the premier reserve currency in most of the world.

Operating a stand-alone currency for the past 50 years has not worked in the best interest of our nation. Let us rejoin a currency union in order to regain the type of proven stability we enjoyed for 129 years.

By once again dollarising our currency, Jamaica would gain an immediate benefit by eliminating the risk of devaluation. We would also reduce the country risk premium on foreign borrowing and obtaining lower interest rates for the Government and private investors. Lower interest rates and more stability in international capital movements should cut the cost of servicing the public debt, and encourage higher investment and economic growth, something we have struggled with for a long period of time.

One of the main fears that our Government may have about once again dollarising our currency is the loss of control over monetary policy.However, by rejecting the constant possibility of inflationary finance through dollarisation, Jamaica might also strengthen our financial institutions and create positive sentiment towards investment, both locally and internationally. Consider also what dollarisation would do for our farmers, manufacturers, exporters, traders, and, more important, our average citizen – from lower transaction costs and an assured stability of prices in dollar terms.

The Bank of Jamaica (BOJ) in de facto, may have already decided which currency union we should rejoin, and the currency to be used as our anchor currency. An examination of the financial statements of the BOJ will reveal that they are holding our foreign currency reserves in US dollars, and have been doing so for decades.

In Jamaica, the use of the US dollar has become so deeply entrenched that it would be virtually impossible to dislodge, and this makes the transition to full dollarisation less risky and radical than it appears. Taking the next step to full official dollarisation (using the US currency solely as legal tender in all transactions foreign or local) should be relatively seamless.

The chronic devaluations of our currency over the past 50 years have mainly hurt the poor among us, who undoubtedly make up the majority of our country. The rich among us are able to withstand the shocks of sudden, creeping, and sometimes galloping devaluation of our currency, and may even benefit.

There will, no doubt, be strong resistance to rejoining a currency union by special-interest groups. However, the Government of Jamaica must ensure that a vibrant economy for Jamaica goes beyond financial returns and take into account the well-being of society and everybody’s ability to thrive, but especially the poor.