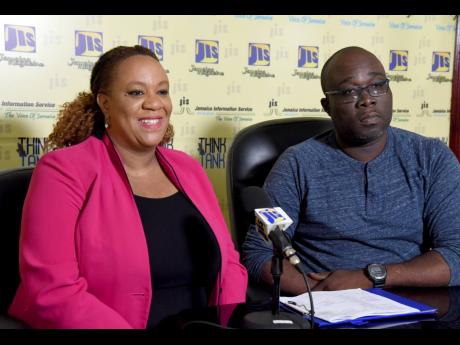 The Citizen Security and Justice Programme (CSJP) III is optimistic that the youth summer camps being funded under the programme will assist in improving relations between the police and citizens.

The CSJP III is supporting six residential and non-residential camps between July and August, targeted at young people in communities across the island in which it operates.

“All of our services offered, which include increasing their economic prospects, introducing them to life skills and conflict resolution, are good, but if we don’t help to bridge the gap between the police and citizens, it is almost as if our efforts might have been futile,” she explained.

Tomlinson-Nephews said the CSJP III recognises the positive impact of building good relations between the police and community members, particularly the youth.

“These youngsters are exposed to another side of the JCF so they will understand that police personnel are human beings just like them. They will also gain a greater appreciation for law and order, so that is the rationale behind supporting camps that help to bridge police-citizen relations,” she added.

Sergeant Alexander Bloomfield, who also addressed the Think Tank, said “the police are there to reassure (citizens) that we aren’t just there to protect, but also to serve them in whatever capacity that is necessary.

“We go into these communities daily to build a relationship, especially with the youth, for them to understand that we, as the police officers, cannot do our job without them,” he explained.