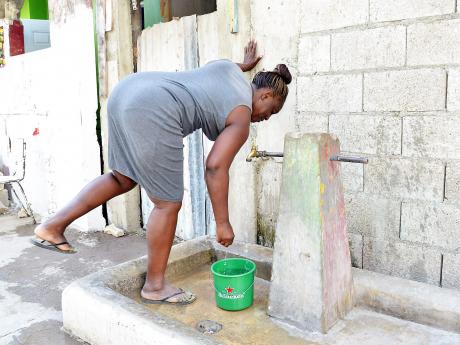 Residents of Kingston and St Andrew are being warned by the National Water Commission (NWC) to brace for further possible disruptions in their water supply as it says a number of its systems are still being impacted by the ongoing drought.

The NWC says despite intermittent showers in a few areas, water inflows at two of the entity’s largest facilities - Mona and Constant Spring- and several rural systems are still declining.

The agency outlines that based on reports up to July 15, a large majority of the plants situated in east rural section of St Andrew have experienced significant decline in the volume of inflows.

It says these include the Violet Bank and Mountain House plants which have dried up, adding that five other plants are operating at approximately 10% of their normal capacity.

Further, the NWC says systems in the west rural are also reflecting a general shortfall in water inflows.

It says this has forced the company to periodically shut down operations at some plants such as Isaac Hole, Barnettwood and Rock Hall in order to rebuild the storage levels.

Residents of Kingston and St Andrew are therefore being put on alert to expect lower water pressures, adjustments in the current water supply regulations and no water conditions in the areas that are worst impacted.

The NWC says it is working to streamline its water supply and trucking schedules to better respond to the various areas that are being affected and is assuring that every effort is being made to provide water supply in a bid to guarantee daily livelihood.

The NWC says over the past months, the company has ramped up the expansion, rehabilitation and general maintenance of a number of plants to ensure that maximum

The company says it is hoped that these measures will help to alleviate some of the challenges faced by customers across the island.

•  Re- Use- identify areas that water from laundry and other household activities can be recycled –eg watering plants.

•  Replace- This involves active leak detection and replacement of faulty pipes and fittings.