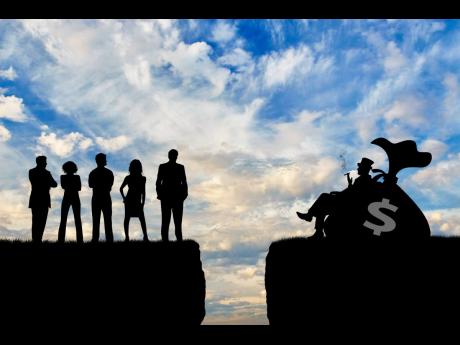 We are in a time when many are experiencing great disappointment, and some feel deep betrayal with the leaders of their nations. Many don’t know who to trust politically, and they don’t see much differences in the philosophies being presented to them as plans for their nation.

The poor have been forgotten and forsaken.

We are seeing history repeating itself, and we are now seeing the days of Amos return. Amos stressed that righteousness and justice are essential for a healthy society. During that time, ancient Israel enjoyed great prosperity. They gained control of international trade routes and the kings’ highways through Transjordan. They restored borders and achieved great expansion and economic development. The nation reached new political and military heights, but the religious situation was at an all-time low. Idolatry was rampant, and the rich were living in luxury while the poor were oppressed. There was widespread immorality and the judicial system was corrupt. At that time, the people interpreted the prosperity they saw as a sign of God’s blessing. But God was displeased with the nations and He said, unless there was a change of heart – a change that would allow “justice to run down like water and righteousness like a mighty stream”, then all nations would experience famine. It would be a famine not for food, but a famine for the Word of God.

Famine For The Word

A famine is a widespread scarcity of food caused by several factors, including war, inflation, crop failure, population imbalance or government policy (Amos 8: 11-12). When there is a famine of the Word of God, it will affect everything. It brings judgement, lack of truth, deception, strong delusions; evil will increase, which will bring death, debt, confusion, environmental problems, lack of direction, lack of wisdom, confusion, riots, broken families and refugee crises. Many churches will be empty. People will be travelling from all over the world trying to find the truth.

Famine and drought were two of the punishments God used against ancient Israel. Amos speaks of a new kind of famine -the lack of the Word of God. No assurance would be available that God will hear their cries for help; and no direction from God will guide them in their time of need. All will be silent.

All nations under God’s control must and will answer to Him for the treatment of other nations and peoples. Social injustices, the wasted extravagance, corporate greed and social inequality are evident today as it was then. Twenty per cent of the world consumes 80 per cent of the world’s goods. We are seeing human rights being violated without conscience. The same poor that vote for political leaders are now being trampled.

There is a difference between leaders and rulers. God is looking for leaders who will open their mouths for the voiceless, the homeless, who will plead the cause for the poor, the needy, the voiceless and those who suffer great injustices.

Many politicians now see the poor as a burden and they are being treated that way. After they are elected, they mete out harsh treatment to the people.

Every leader needs to know that they are servants, not owners or masters, and that they are employed by the people; and that it is the same God that gives the leaders favour, and who controls the future and destiny of that leader. The people also, in order to receive good leadership must return to God.

Unless there is a heart change, then the five symbolic visions outlined in the Scriptures will manifest – locust, fire, the plumb line, the basket of fruits and God beside the altar (Amos 7 and Amos 9).

There is hope. The Book of Amos tells us that restoration will take place. We pray for restoration, rebuilding, and repair and changes in the heart that will take place so that we may receive the environmental change we need.