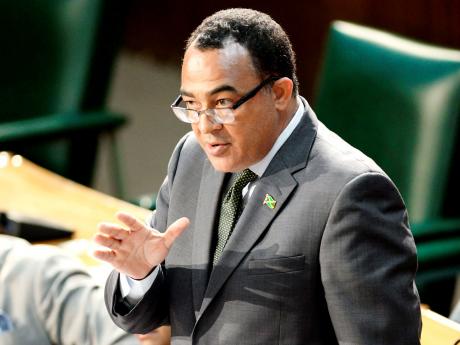 Minister of Health and Wellness, Dr Christopher Tufton, says the Ministry has activated its enhanced vector control programme as it anticipates an increase in the breeding of mosquitoes during the summer months, including those that carry the dengue virus.

In a statement to Parliament this afternoon, Tufton highlighted that Jamaica is still experiencing a dengue outbreak, noting that the country recorded 1,943 cases at the peak in January.

According to him, there has since been a significant fall in cases, with June having 124 cases.

As at July 22, Tufton said the Ministry had in its electronic database from 2018, a total of 4,930 suspected, presumed or confirmed dengue cases.

Tufton said that under the vector programme the Ministry has embarked on comprehensive public education and media campaign; home inspections and the destruction of breeding sites by 1,000 temporary vector control workers; in addition to islandwide fogging by parish health departments.

The Ministry is offering the following advice to Jamaicans:

· Keeping their surroundings free of debris.

· Using a DEET-containing mosquito repellent while, as much as possible, staying indoors with their windows and doors closed.

Tufton highlighted that dengue can be mistaken for other viral illnesses and as such the Ministry is urging Jamaicans to avoid the use of aspirin, diclofenac, ibuprofen or any of the medications/pain relievers known as nonsteroidal anti-inflammatory drugs.