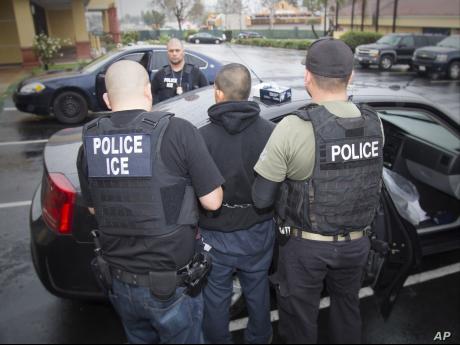 A Jamaican man in the US state of Connecticut has filed an appeal against his deportation, which is being pursued by immigration authorities despite him being pardoned of his crimes.

The Miami Herald reports that Connecticut Attorney General William Tong argued Tuesday that federal immigration authorities have begun attempting to deport some residents with past criminal records, even though their prior crimes were pardoned by the state's Board of Pardons and Paroles.

Tong appeared before the 1st U.S. Circuit Court of Appeals in Boston to argue on behalf of Jamaican Richard Marvin Thompson who received an unconditional pardon from the state's board but still faces deportation.

Federal immigration officials contend a pardon needs to come from a governor or the president under a waiver programme.

Tong insists that marks a change in years of deportation practice.

The Miami Herald reports that, in court documents, the Department of Justice noted that "there is no question" Connecticut's Board of Pardons is not the president or the governor, arguing that the power is not enshrined in the state's constitution.

Rather, the federal government argued, pardoning power in Connecticut is vested in the state legislature and not the state's chief executive, as required by the federal Immigration and Nationality Act's "Pardon Waive Clause."

The federal government also noted in court documents that it has "exclusive domain over immigration law, including the power to designate which aliens are subject to removal" and therefore is not violating Connecticut's sovereignty.

Thompson, who Tong said is currently being held in Alabama, went to the US from Jamaica in 1997 at the age of 14 to live with his father, a US citizen.

In 2001, he was convicted of second-degree assault, stemming from a fight.

He eventually had the charges pardoned in 2017.