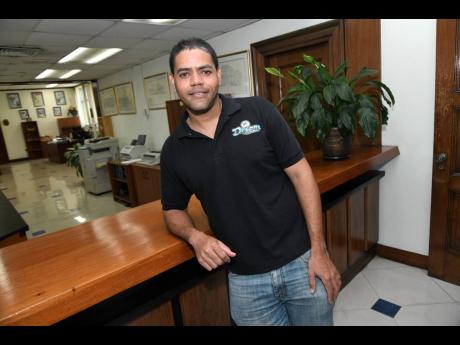 Newly minted marketing director Carlos Phillpotts said that at this year’s music festival, patrons will be entertained by artistes and disc jockeys.

“No two editions of Dream Weekend are alike, which is what keeps patrons coming back each year because they are guaranteed a good time,” he said.

Phillpotts is no stranger to the entertainment industry, having started his own enterprise, with one of his events, VIP, becoming part of then Appleton Temptation Isle. Other events under his belt include A-List and Beach Bums.

“I was always interested in technology and enjoyed anything to do with computers. At 14 years old, my father bought me a computer and told me to try and figure out what to do with it. I started with graphics, building websites, and when I started doing parties, I did the graphics and website for the events,” Phillpotts said.

He then became part of Wet and Wild, one of the parties under the flagship brand, and became responsible for all the products associated with it in the digital realm. For two years, he worked in that position until the restructuring process this year, when he was appointed to his new role.

“It’s interesting because we all own a part of Dream. Generally, we are at it every day because it is something that we love. When we see the effect of the events on the economy and the number of persons that visit the country because of the event, we work even harder,” he said.

With Proven Investments Limited acquiring a 20 per cent interest in the company, Phillpotts said the partnership has been great and has the ultimate objective of growing the overall reach of the brand.

“Our primary objective is customer retention, and there is nothing more powerful than word of mouth. We are still trying to grow our reach so more persons can enjoy high-quality entertainment while still appealing to our local audience,” he said.

Phillpotts said that this year’s Dream Weekend promises to be like no other, with the most relevant and trending acts booked for the events. “We have embraced many of the younger artistes, and we are also working closely with Romeich Entertainment in terms of promotion this year,” he said.