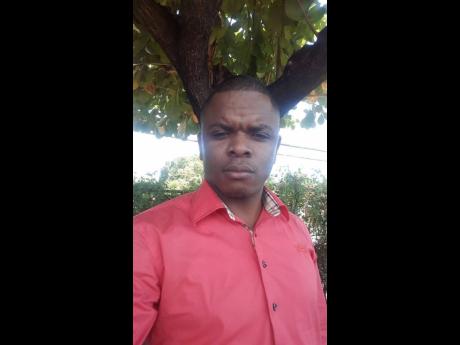 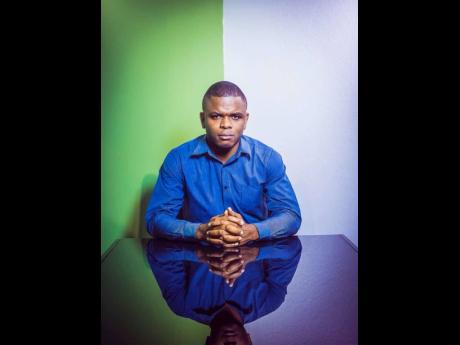 ‘Problem solver’ is the term that perfectly describes Nimoy Burrowes, developer of the PEP Tutor App, which was designed to assist students with exam preparation. It must be noted, however, that software development was not the intended occupational field for Burrowes.

Born and raised in the farming community of Wakefield, St Catherine, Burrowes described a life in which he always did well in school and was at the top of his class while at Wakefield Primary School.

“I was always doing well in school – topped the class every year in primary school until I went to St Jago and felt dunce because I was placing in the 20s with an 80s average and Mommy would still cuss because I didn’t come first,” said Burrowes, smiling.

Excellence and discipline were instilled in Burrowes, and these helped to fuel his ambition to become a soldier. That did not work out, and his mother told him: “You not staying in the yard; you are going to sixth form”. Burrowes left sixth form with the intention to study civil engineering.

“I applied for civil engineering at the UWI (University of the West Indies), St Augustine campus, but I was put on a waiting list for a year and again, Mommy said, ‘You not staying in the yard’, so I applied for something else at the UWI, Mona campus,” explained Burrowes.

He had no idea what he wanted to do once he got to The UWI but was soon put on his path with a suggestion from his roommate on Irvine Hall.

“I had some technical skills so I helped some students log on to the UWI Wi-Fi because there were some proxy issues,” Burrowes said. “I had a roommate from St Kitts who suggested I study computer science, but I was sceptical because I did not do information technology or computer science before.”

Burrowes said he took on the challenge and would stay up at nights to teach himself so that he could catch up with the other students who had the prerequisites.

The software developer had entrepreneurial tendencies, so he was a DJ on campus and also chaired events. This led to Burrowes launching an online radio station called College Radio to assist students who wanted to practise in their field.

“The radio station did so well that I, and another friend of mine, was asked to join NewsTalk 93 FM on campus,” he said.

Burrowes graduated from the university in 2013 and continues to solve problems from his computer keyboard and monitor.

“Last year, a friend of mine came to me talking about parents on Twitter complaining about PEP and how ill-prepared they felt so I started to think about how I could help,” Burrowes explained. “I always try to launch something to help others on my birthday, February 29, and this was perfect.”

With the PEP around the corner, Burrowes did not have much time, and he was further delayed because he was in a horrible accident on February 2 of this year.

He said: “I really wanted to help, and in creating the App, I had to think about all the complaints and concerns that people always have,” Burrowes said. “They are always complaining about the space on their phones and not wanting to delete WhatsApp and Facebook. In addition to this, not everybody has a phone that is capable to handle certain softwares, so with these in mind, I started the process.”

Burrowes began in November, putting aside other projects, working only on weekends and in the evenings after work, and finally launching the app in time for his birthday, which he celebrated on February 28 this year.

“If you have an Android phone or tablet, you only need to ‘long-press’ on the home button or select the ‘Google Assistant’ app on your device and say, ‘TALK TO PEP TUTOR’. This will open the application and ask questions of which subject you want to practise and then proceed to asking questions,” Burrowes explained.

The app is one that does not have to be downloaded but aligns with Google. It can be used on Android and iPhones, and even on Facebook. The interactive app is child- and user-friendly with emojis and motivational quotes as the user proceeds.

“There are plans to include more questions as we go along so we do not have repetitions. We can achieve this as I have the help of a teacher at my alma mater,” Burrowes said.

He has launched other apps: Prips to aid with ticket sales for events and DJ Pull-up, which helps DJs to easily communicate with listeners via tweets.

Visit the PEP Tutor website ( www.pepquestion.com) for more information on ways to use the app.