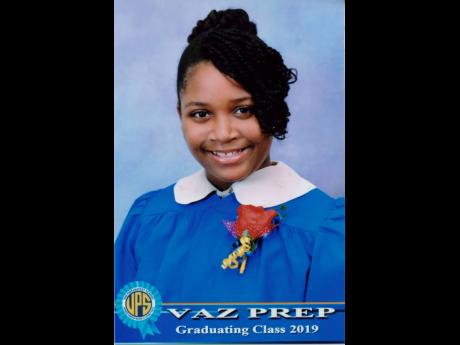 With the inaugural sitting of the Primary Exit Profile (PEP) examination, Vaz Preparatory School has continued its trend of excellence in external examinations over the years.

Eighty-seven Vaz Prep students sat the examination, with 83 per cent of the cohort being placed in traditional high schools. In language arts, the students achieved 96 per cent proficiency, compared to the national average of 55 per cent. In mathematics and science, the students achieved an overall average of 92 per cent, compared to the national averages of 40 and 49 per cent, respectively.

Meanwhile, the students scored the highest average in social studies with 98 per cent proficiency, compared to the national average of 63 per cent. Twenty students scored exceptionally well on the mental ability test.

Karlene Bisnott, principal of the Dunoon Road-based institution, said that the school’s administration was proud of the students’ achievement and was grateful that they had been rewarded for their efforts.

“This would not have been achieved without the dedicated and loyal members of staff, who always have the best interest of the students at the core of what they do. They laboured tirelessly and against many odds to ensure the excellent results of the students,” Bisnott said.

“We invite our parents and stakeholders to come on board the PEP train as we engage our children in meaningful discussions and questions that will promote thinking, both at home and at school, so they will be adequately prepared to do their performance tasks and mental ability papers that are heavily based on application of the critical-thinking skills,” she added.

The school’s top PEP scholars were Xavier Henry and Amanda Levy. According to Levy, she never lacked role models at Vaz, and she indicated that her teachers pushed themselves almost as much as they motivated the students.

“Vaz has prepared us to take on challenges. Our teachers have challenged us inside and outside of the classroom. Whether it was spelling bee or Math Olympiad, dancing, ballet, brownies, cricket, football, chess, track and field, swimming, house sports day, or competing against other schools at Champs, the struggle was real, and we have learnt how to face challenges with resilience!” Levy said.

“I grew by following my teachers’ instructions and sticking with my goals, even if it meant giving up some or, as I did this year, all extra-curricular activities to concentrate on achieving my goals. Sometimes a sacrifice demands everything,” she added.

Xavier Henry said Vaz did an excellent job in preparing him for PEP, noting that his grade-six teacher was diligent in her approach. “I was given appropriate tasks that reflected the nature of the new exam, and I was encouraged to read and explore beyond the everyday learning in class. Class activities were meaningful, engaging, and required critical thinking, group work and research skills, which were necessary for my success in PEP and will be important as I transition into high school and beyond,” Henry said.

He indicated that he was elated upon hearing that he was placed at Campion College and felt a sense of relief. “I didn’t know what to expect, but my parents supported and encouraged me to continue to do my best. Being top boy at Vaz gave me a sense of accomplishment and a mindset that I can achieve my goals no matter the challenges,” he said.