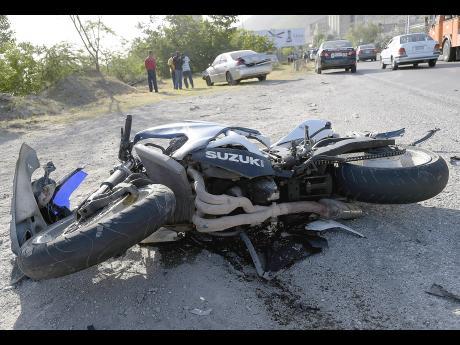 The number of persons killed on Jamaica’s roadways this year has surpassed the 250 mark with five months still to go.

The Road Safety Unit in the Ministry of Transport reports that up to Thursday, 253 persons have died in 230 fatal crashes this year.

According to the latest statistics released by the Road Safety Unit, the overall spike was fuelled by increased fatalities across several categories of road users, including children, the elderly and motorcyclists.

The figures show that 17 children and 39 elderly persons have died in crashes so far this year, increases of 55 per cent and 44 per cent respectively when compared with the corresponding period last year.

Eighty-one motorcyclists have died in crashes since January 1, a 72 per cent jump when compared with the similar period last year.