Stop it! Stop it! - Pastor says no church has the right to force couples into marriage they are not prepared for 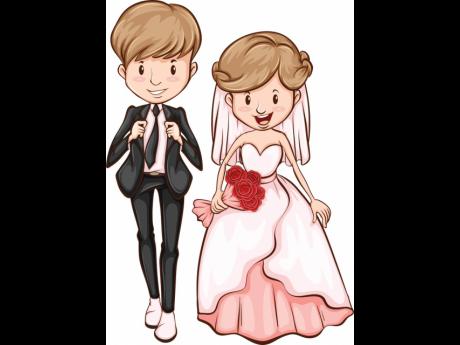 Dad was told by mother

You can’t have one without the other

The church has a strong stance on having sexual relationship before marriage, based on the teachings of the Bible, and maybe that could be one of the main reasons some pastors encourage their members who are dating to get married.

Paul in 1 Corinthians 7 vs 9 advises that if desires cannot be controlled, then they should go ahead and get married as it is better to get married than to burn with lust.

However, marriage is a serious institution and the Church has a role to play in ensuring it is not entered into for all of the wrong reasons or as a means to avoid sexual sins.

For answers on the issue Family and Religion reached out to the Reverend Dwight Bryan of the Dominion in Christ Church International.

He states that the Church is often viewed as the gatekeeper to a healthy society and an integral part of its function is the preservation of the family unit.

“Marriage is an essential component of the preservation of the family, which will eventually help in creating a healthy society. The Bible teaches that marriage is an honourable institution (Hebrews 13: 4) and is to be encouraged among believers for the nurturing of families, providing companionship and eliminating the temptation of sexual immorality,” he shared.

Bryan said it is unfortunate that sometimes the institution that is designed to address the things listed above is guilty of pressuring men and women into a union that inevitably ends in disaster. Stressing that the Church must encourage believers and society by extension to form healthy unions, he said it should never be involved in forcing persons to enter marriage to uphold some unfounded doctrinal position about marriage.

Pregnancy out of wedlock forces marriage

Regarding churches that apply pressure for members to get married, Bryan said no church has that right regardless of the circumstances.

“One of the everyday occurrences of being pressured into marriage is a case of females becoming pregnant out of wedlock. To remove the shame from the family, community and the church, couples are often forced into a union for which they are ill-prepared. There is enough evidence to suggest that many of these marriages don’t work out,” points out Bryan, adding that sometimes even when couples decide to stay together, it is not out of love and affection, but rather an obligation and maintaining the façade of a happy union to appease others.

The Church, he said, should spend more time teaching people how to form and maintain healthy relationships that can eventually lead to happy marriages and not pressure persons to get married for the sake of being married.

Unfortunately, young people often bear the brunt of the pressure as they are given less than gentle nudges about their single statuses.

For Bryan, Paul’s advice to the church at Corinth is set against the background of pervasive sexual immorality, which was a part of the pagan worship of the Roman populace (1Corinthians 7). He said many of the newly converted Christians had a misunderstanding of their obligation to the marital relationship and saw celibacy as a holier option.

Paul, he said, sets the record straight by telling people that if they choose to remain celibate, it is right in the eyes of God, but because of the reality of the temptation to give in to sexual urges, they should choose marriage as an honourable estate. Paul is not commanding Christians to be married, what he is dealing with is the withholding of sexual intimacy in the marital relationship because of a misunderstanding that engaging in sexual intercourse somehow made them less spiritual, points out Bryan.

“According to Paul, singleness is a viable choice as long as a Christian can refrain from sexual immorality. No church has the right to force anyone into any marriage they are not prepared for. The Church’s responsibility is to teach the importance of forming and maintaining healthy relationships that will eventually lead couples to choose to get married,” said Bryan.

Bryan said he believes that sometimes the pressure to get married that has been imposed upon young people by the Church has caused many of them to be turned off by the idea of marriage. “There is also the sad reality that there are some marriages in the church that was a direct result of this kind of pressure, which are more of a sham than a relationship. Some individuals stay in these relationships because they are afraid of disappointing friends, family and the Church,” he said.

The pastor said there is a false notion that if young people are not married by a certain age (around 30), something is wrong with them. This, he said, leads them into making unwise choices that create a myriad of other problems that the Church is either not equipped or willing to deal with.