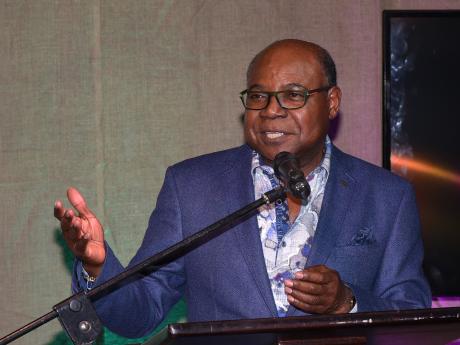 The influx of sargassum on Caribbean beaches is threatening the vital tourism sector, which has already seen a 35 per cent reduction in bookings.

“It has already been estimated that tourism has dropped as much as 35 per cent as a consequence of sargassum algae washing up on a 480-kilometre-long stretch of otherwise pristine Caribbean beaches,” Tourism Minister Edmund Bartlett told a regional roundtable forum at the University of the West Indies (UWI) regional headquarters in Kingston.

Bartlett said the invasion of sargassum, a type of algae, has resulted in substantial loss of livelihoods and economic opportunities, primarily in the fisheries and tourism sectors over the last eight years. He pointed out that colleague tourism ministers and industry stakeholders across the Caribbean have voiced growing concern about the seaweed’s unsightly appearance, visitor complaints, the cost of removal, and the possibility of reputational damage.

Citing a Caribbean Hotel and Tourism Association (CHTA) survey, Bartlett said some regional establishment have been receiving queries and cancellations from prospective guests in recent months.

Some hotels directly impacted by sargassum were also incurring huge costs for cleaning up and other related activities. In 2018, the estimated clean-up cost was US$120 million, said Bartlett, who further pointed out that sargassum has destroyed colonies of mangroves which has, in the process, contributed to the demise of turtles and fish species, and impacted human health due to decomposition of algae and the release of hydrogen sulfide.

He has proposed a strong collective regional effort to curtail the rapidly growing threats posed by the influx of sargassum in the Caribbean.

One proposal, the tourism minister suggested, is the development of a comprehensive scientific initiative to devise the most efficient way to collect sargassum in the open sea without harming the ecosystem.