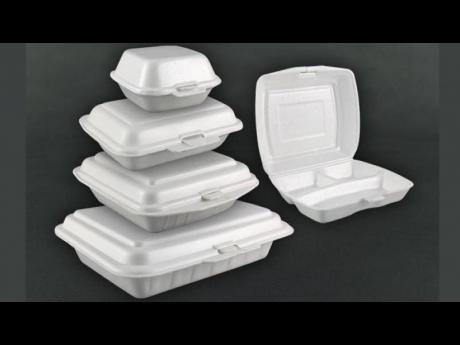 The Cartagena Convention Secretariat, based in Kingston, has announced that the Barbados government last month acceded to its Protocol Concerning Pollution from Land-Based Sources and Activities (LBS). With that June 29 decision, Barbados became the 15th contracting party in the wider Caribbean region to ratify this agreement.

The Cartagena Convention is the only legal instrument of its kind in the region to protect and develop its marine and coastal resources.

The Convention and the Protocol on Pollution set regional priorities to address marine pollution of the Caribbean Sea, an effort which is dependent on the cooperation and commitment of all territories and states in the region.

The accession of the LBS Protocol by all 28 countries in the wider Caribbean is expected to support a more hopeful and sustainable future for peoples in the region. By ratifying this pollution agreement, Barbados has pledged its political commitment to implement measures to reduce and control marine pollution from all land-based sources and activities within its territory.

In a release last Thursday, Dr Lorna Inniss, coordinator of the secretariat, welcomed this move.

“In the delivery of sustainable development, we are heartened by the strong commitment to pollution reduction among member states of the wider Caribbean region, most recently, Barbados,” she stated.

“There is much for us to accomplish together, beyond the important banning of styrofoam and single-use plastics; most notably the overall reduction of the use of disposables, sensible alternatives to plastic, and gradual transition to a circular economy, and we are pleased that Barbados has joined us on this journey.”

The recent ban announced by the government of Barbados to prohibit the importation, sale or use of single-use plastics, which takes full effect on January 1, 2020, is being viewed by the secretariat as a strong and commendable signal of the government’s stance towards marine environmental protection and the implementation of the pollution agreement.

Barbados was one of the earliest countries to formalise their commitment to the protection of the Caribbean Sea, having ratified the Cartagena Convention and the Oil Spills Protocol in May 1985. The third protocol, concerning Specially Protected Areas and Wildlife (Biodiversity or SPAW Protocol), was subsequently endorsed in October 2002.

Christopher Corbin, programme officer with responsibility for the Pollution or LBS Protocol, was pleased with the Barbados ratification.

“This achievement was as a result of several years of close collaboration between the secretariat and the government of Barbados,” Corbin noted, acknowledging the technical leadership of the Environmental Protection Department.

This collaboration between the secretariat and Barbados has strengthened over the years through partnerships with the Ministry of Environment and National Beautification, the Ministry of Maritime Affairs and Blue Economy, the University of the West Indies, Cave Hill campus, and the Caribbean Youth Environment Network, among others.

The government has received financial and technical support through projects such as the Integrating Watershed and Coastal Areas Management in Caribbean Small Island Developing States; the Caribbean Regional Fund for Wastewater Management; and more recently, the Integrating Water, Land and Ecosystems Management, all funded by the Global Environment Facility and implemented by the United Nations Environment Programme (UNEP). UNEP, working through the Cartagena Convention Secretariat, will continue to assist regional governments to meet their obligations under this Pollution Agreement. This includes providing technical guidance for determining levels of marine pollution, establishing standards for safe effluent discharges into the Caribbean Sea, developing and implementing pollution-prevention projects, as well as providing assistance with identifying and sourcing new funding opportunities.