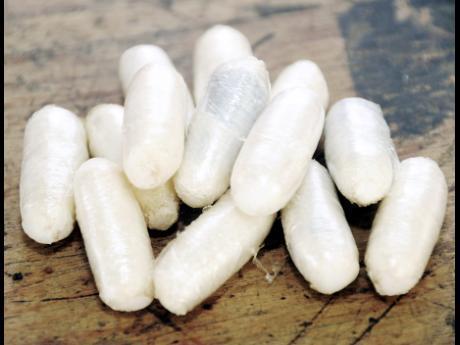 The police are reporting the seizure of 10.2 kilograms of cocaine, which they say has an estimated street value of $13.3 million.

Four persons were arrested in relation to the find.

The police say the seizure was made on a vessel at a container terminal in Kingston on Sunday.

It is reported that 3:15 a.m. a vessel arrived in the island at container terminal on Saturday, July 27 from Columbia with cargo.

According to the police, while the containers were being offloaded by stevedores, eight packages of cocaine were found in the possession of one of the stevedores by members of the team.

The police and the Jamaica Customs Contraband Enforcement Team were contacted.

They say a search of the vessel revealed an additional 10 packages of cocaine concealed under the spare anchor on the bow.

The police say four stevedores were taken into custody, however, their identities are being withheld pending further investigations.