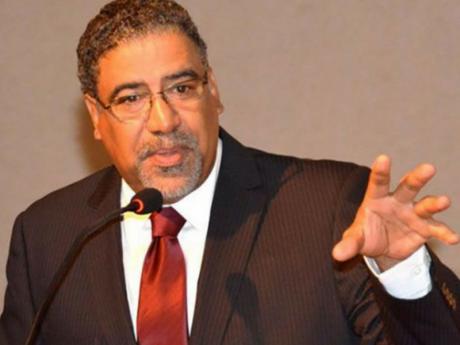 Former Minister of Tourism and current opposition spokesperson, Dr Wykeham McNeill, is disputing reports that during his tenure he was given a government-issued credit card.

In a statement this afternoon, McNeill said for as long as he served in his capacity of a government minister during the PJ Patterson and Portia Simpson Miller administrations, he was never in receipt of any government-issued credit card from anyone.

The former minister said the statement from the Ministry of Finance suggesting that he had used or was issued with a credit card is grossly erroneous.

READ: How did Reid get gov’t credit card?

READ: What did he buy?...Ruel Reid’s purchases with gov’t-issued credit card being probed

Acting permanent secretary in the Ministry, Dr Grace McLean, told a post-Cabinet press conference at Jamaica House last Wednesday that Reid requested the credit card and that it was approved by the Ministry of Finance on September 29, 2016.

She said that a probe would be conducted by the Ministry to determine whether Reid's government-funded credit card was used in breach of a directive from the Finance Ministry.