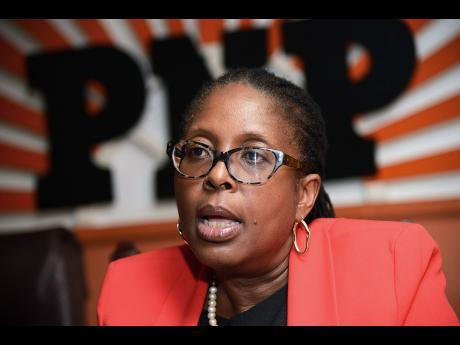 Bunting's Rise United Campaign made the announcement in a midnight news release.

It coincided with public comments following the leaking of a letter by Brown Burke's husband Paul Burke, a former PNP general secretary, who said his wife deceived him by deciding to support Bunting.

Mr Burke, who is supporting incumbent Dr Peter Phillips, said, although it's his wife's right to support whoever she chooses, claimed she had consistently said she was not in favour of Bunting.

In the statement issued Monday night, Bunting's Rise United campaign said since Brown Burke's decision to join the camp on Friday, she has been making contributions.

Brown Burke leads a constituency with one of the highest number of delegates in the PNP.

On Friday, after weeks of being silent, Bunting's camp announced that the St Andrew South West MP was among 12 people who nominated him to unseat Phillips in the September 7 presidential election.

Phillips became PNP president in 2017 after Portia Simpson Miller's retirement and has since led the party to two by-election defeats in traditional political strongholds for the PNP.

"Comrade Brown Burke came to her decision on the basis of putting the PNP in the best position to defeat the current JLP (Jamaica Labour Party) Administration," said a spokesperson for the Rise United camp in the media release.

Brown Burke was also quoted as applauding Bunting's courage in seeking to re-energise the PNP, transform and modernise the party.

She also reportedly acknowledged what Bunting's camp calls the overwhelming support by constituents, friends, and members of the public for her decision to join the Rise United camp.

Two of her councillors, Eugene Kelly of the Whitfield Town division and Audrey Smith Facey of the Payne Land division, have already declared support for Bunting.