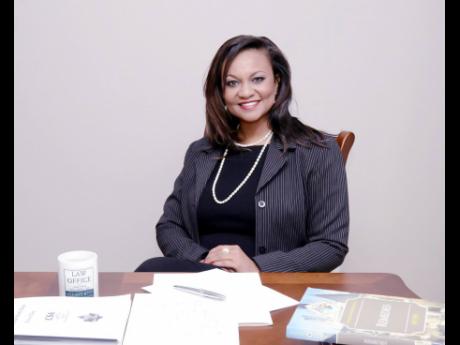 My husband has been going back and forth to Canada on a work permit and would like to become a citizen and bring me and my son up to live there with him. He said his employer told him about a new agricultural programme that could help us, and we would like to know more about it.

You did not indicate your husband’s occupation or the type of work permit that he has. The good thing is that he appears to have the support of a caring employer. To determine his eligibility, I would need to know more, but I will highlight the key information under the programme to help you to start a conversation with an immigration lawyer to assess your family’s eligibility under this or other immigration programmes in Canada.

Most workers who work on a farm are usually hired under the Temporary Foreign Worker Programme or the Temporary foreign workers programme (TFWP) or the Seasonal Agricultural Workers Program (SAWP). The rules for each are different for each programme. It is therefore important to know the type of work permit and the category under which your husband work experience falls, to determine if he would qualify to get permanent residence.

Under the existing TFWP, foreign workers are usually granted a work permit for up to 24 months. The standard practice under this programme is that employers can offer work for a maximum of 24 months, and then the worker is required to return home when the work permit expires.The employer can then rehire the worker, after they have been outside of Canada for four years.

The SAWP is a popular programme for workers from countries like Jamaica, Trinidad & Tobago, Barbados Mexico and other OAS countries. Under the SAWP, workers are usually granted a restrictive work permit for a maximum of eight months, to deal with seasonal jobs such as apple-picking.

This rotating system of employment has proven to be very unstable to both the foreign worker and the employers.

Recently, the Department of Immigration, Refugee and Citizenship Canada (IRCC) announced that it will be implementing a new three-year pilot programme to create a pathway for permanent residency.

The agri-food immigration pilot is designed specifically to assist foreign workers in the agri-food industry to get permanent resident status. After living and working in Canada for a few years, the applicant and family could be eligible to apply for Canadian Citizenship.

The pilot is expected to bolster the economy of rural areas in various provinces where local economies are struggling due to aging population and the shortage of workers in the agricultural and food processing industry in Canada. Therefore, farmers and meat producers are hoping that this new pilot programme will provide them with permanent workers and prevent the common attrition rate in their industry.

This programme is also, expected to create a sense of security and belonging, since workerswill be granted permanent residence status. The workers and the employers will also benefit from having a more stable work environment. Some benefits for the workers under this pilot would be access to social services and the ability to benefit from employment insurance and the Canadian Pension Plan scheme.

The persons who would qualify for this programme are non-seasonal workers in the agri-food sectors, who have a job offer. This would include labourers such as butchers, mushroom farm workers and other workers who have been granted work permits for two to three years.

Applicants are expected to be able to show that they have a minimum of 12 months of full-time, non-seasonal Canadian work experience. This experience must be under the TRWP, with a valid work permit. The work experience in Canada must fall under one of the occupations mentioned above.

Like most other programmes, there is a minimum educational and language requirement. The applicants must show that they have at least the equivalent of a Canadian high school level education. To prove this, most international workers are required to get an educational credential assessment report form one of the authorized organizations to certify international education.

Although the government has not announced a start date, it is expected that it will be in effect by 2020.

The above information is just to provide you with basic information to help you to start a conversation with an authorised Canadian lawyer to assist you with the assessment of your family’s eligibility under this new pilot or other immigration programmes.

Deidre S. Powell is an immigration lawyer, mediator and notary public. Submit your questions and comments to info@deidrepowell.com or call 613.695.8777/ 876.922.4092. You can also find her on facebook.com/jamaicanlawyer.