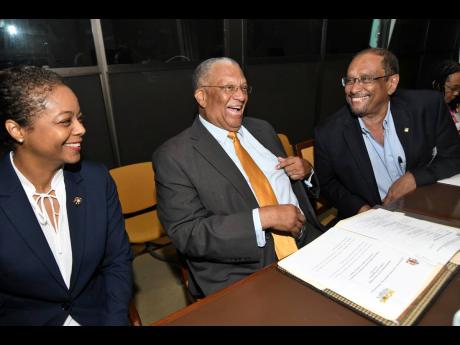 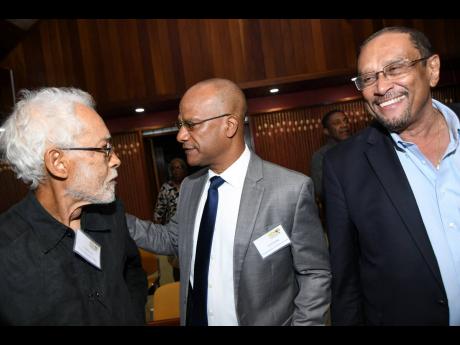 Politicians on both sides of the aisle and members of Jamaica’s private sector yesterday sat down to brainstorm solutions to the island’s crime problem, which has resulted in close to 800 homicides and since the start of the year.

“Despite the declaration of ... [five] states of emergencies ... [and] two zones of special operations in just over two years, there is still no sign of any significant or sustained reduction in the levels of violent crimes,” Dr Peter Phillips, leader of the opposition People’s National Party (PNP), said as he addressed yesterday’s special National Crime and Violence Prevention Summit. The session was hosted by the parliamentary Opposition and the Private Sector Organisation of Jamaica. (PSOJ).

“For every decade since Independence, we have had a basic doubling of the rates of murders as measured by murders per 100,000 over the entire period,” Phillips added, noting that Jamaica’s homicide rate is akin to countries with civil unrest.

Phillips said yesterday’s discussions were long-overdue since the Vale Royal talks on crime in January. He emphasised that any subsequent plan against crime and violence must be made in bipartisan partnership and uphold the spirit of the Constitution.

“It is true that we need to do more, but what is challenging is that in spite of all of what we have agreed to, the progress on the crime problem has remained very slow,” she said, noting that crime-fighting measures would fail unless accompanied by public support for other social interventions.

PSOJ President Howard Mitchell said there is no place for politicising Jamaica’s crime problem, adding that partnerships between stakeholders was the only way forward.

“This is a genuine attempt to explore in a non-partisan way the challenges of crime and violence that affect us as a people – not as a Government, but as a people,” he said about yesterday’s summit as he addressed participants. “This is not a tribalist conference. It is your organisation’s genuine contribution to a much-needed public dialogue.”

More than 30 entities and non-profit organisations participated in the summit.