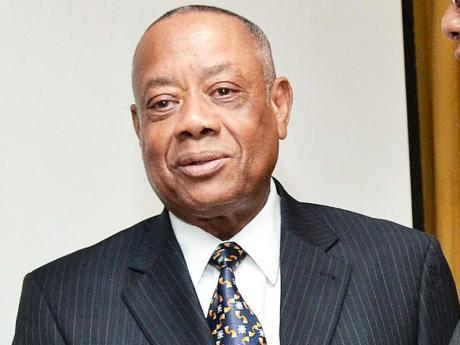 Derrick Kellier has rebuffed a statement by Finance Minister Dr Nigel Clarke that during his tenure as Minister of Agriculture he was issued an individual government-funded credit card.

In a statement this morning, Kellier said at no time during his tenure as a minister of government in the Portia Simpson Miller administration did he ever ask for, apply for, nor receive any government-issued credit card.

He said “the claim by the finance minister that on February 19, 2015, during his tenure as Minister of Agriculture and Fisheries, he applied for and was granted approval for the use of a government-funded credit card is grossly erroneous”.

In his statement, Clarke had presented a table outlining Government ministers on whose behalf approval for use of a government-funded credit card was applied since 2003.

According to Kellier, he also completed checks with the Ministry which confirmed that he was never issued with nor did he use a government credit card.

He said Clarke’s statement is false and could bring his name into disrepute.

Consequently, he said, he is demanding that his name be immediately removed from the list and a public apology issued.

On Monday, former minister of tourism Dr Wykeham McNeill also denied that he was given a government-issued credit card during his tenure.

(EDITOR'S NOTE: A previous version of this article did not reflect the fact that the finance minister’s statement did not indicate that Government ministers had applied for credit cards themselves. The statement said the cards were applied for on their behalf by their respective ministries.