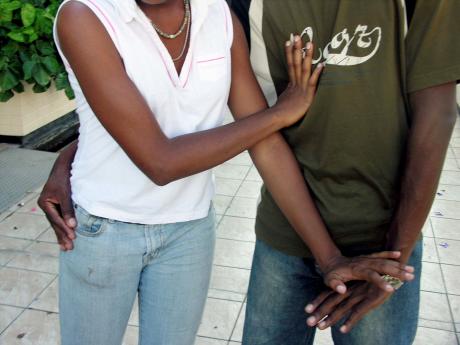 The United States Department of State continues to paint a dim picture of rape and sexual assault in Jamaica and the country’s response procedures for victims.

In its 2019 Crime and Safety Report, the State Department reiterated that rape and sexual assault were serious problems throughout Jamaica, including at resorts and hotels.

According to the federal agency, the use of date-rape drugs is possible even at private parties and resorts.

“Victims of sexual assault in Jamaica should not expect the same assistance routinely offered in the United States,” the department said.

“Rape kits are not always available, and victims must often ask for medication to avoid STD transmission and reduce the chances of pregnancy. An offer of counselling is unlikely,” it added.

The department also highlighted concerns for delays in getting justice for victims.

“Prosecution of rape cases moves very slowly. Victims may need to return to Jamaica during the legal process,” the report said.

Last October, Tourism Minister, Edmund Bartlett, ordered a security audit of the tourism sector, including hotels and attractions, as part of efforts to strengthen destination assurance.

The move came after heightened local and international attention was placed on sexual assault against American tourists at Jamaican resorts.

At that time, a man was charged in relation to the alleged rape of two female guests at gunpoint in their room at a hotel in Montego Bay, St James.

The State Department, in its 2018 Crime and Safety Report, indicated that 12 Americans had been raped and/or sexually assaulted in Jamaica in 2017.

“Sexual assaults against American guests by hotel employees at resort hotels on the north coast have again risen. Six incidents were reported in 2017,” a section of the report read.

Some US media outlets have raised concerns that the State Department excluded data on rape and sexual assault of Americans in Jamaica in its 2019 report, a first in seven years, they alleged.

According to Detroit Free Press, the agency wouldn't explain beyond saying: “We do not have any other information to share at this time."

In October 2018, the news outlet published a report highlighting the plight of several American women who claimed that they were raped or sexually assaulted at Jamaica resorts.

The investigative piece pointed to a number of victims who told horrifying stories of how a major resort in Jamaica ignored their complaints of sexual abuse and instead paid large sums of money for them to cover up their stories or offered other incentives.

The Detroit Free Press revealed that 78 U.S. citizens had been raped in Jamaica, citing State Department statistics from 2011-17.

In an update on Monday, Bartlett, who was speaking at a press conference, suggested that the recently completed security audit did not find large scale instances of sexual assaults and harassment in the sector as had been reported by some US media. “The audit did not elevate to the level that some journalists do. And this is not to say that we are not concerned, we are very concerned. And the reason we did the audit is that if one case is found, it’s a problem,” he said.

“Our job is to make sure that no journalist in the future will ever be able to write, even to infer, that there is any kind of impropriety in terms of human behaviour and action,” he added.

Bartlett indicated that the audit, which has not been made public, pointed to issues in the sector that need to be addressed.

According to him, the audit found, among other things, deficiencies in the security arrangements at some properties, primarily those with limited resources.

He further said that the audit cited emotional intelligence issues among some tourism workers as it regards how they interact with visitors.

Arising from the audit, Bartlett said the tourism ministry has established a Safety and Security Division, which is headed by Major Dave Walker.

Walker is charged with preparing a new manual on tourism ethics, which Bartlett said should be completed by the start of the next winter tourist season in December.

Additionally, Bartlett said stronger rules and regulations are to be introduced to the sector.