US Crime Report: Safety and security remain a serious problem in Ja 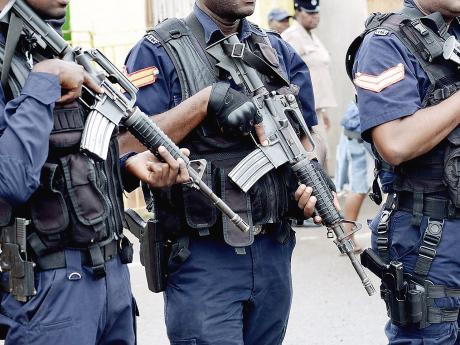 Jamaica’s crime situation continues to be of concern to the United States (US) government, with its Department of State highlighting that violent crime, including sexual assault, is a serious problem throughout the island.

Additionally, the agency said that gangs are a major security issue across the country and are the source of the majority of violent crimes nationwide.

It noted that there is no evidence to indicate that criminals and gang members are specifically targeting US citizens for violent crimes.

“Jamaica’s police force is understaffed and has limited resources. Gated resorts are not immune to violent crime,” the department noted in its 2019 Crime and Safety Report, which was published in May.

“Forbes Magazine listed Jamaica as the third most dangerous place for women travellers in 2017. In 2018, Business Insider ranked Jamaica 10th among 20 of the most dangerous places in the world. The International Monetary Fund recently cited crime as the number one impediment to economic growth. The Jamaican government concluded that corruption and the transnational crime it facilitates presents a grave threat to national security,” continued the report.

It was noted that the State Department had issued a Level Two travel advisory for Jamaica in April 2019, which indicated that American travellers should exercise increased caution.

The State Department highlighted that in January 2018, due to rampant violence and murders, the Jamaican Government implemented states of emergency (SOEs) and zones of special operations (ZOSOs) in several areas of the country, including the Kingston Metropolitan Area and the parish of St James.

The agency pointed out that the three SOEs and two ZOSOs implemented then lowered the murder rate by 22 per cent, the steep decline in murders in St James significantly contributing to that figure.

However, the SOEs lapsed at the end of January 2019 after it failed it get enough parliamentary votes to approve their extension.

A new state of public emergency was declared in St James, Hanover, and Westmoreland in April.

A similar measure was imposed in St Andrew South in July.

Meanwhile, turning to the constabulary force, the State Department argued that despite the creation of the Independent Commission of Investigations in 2010, an entity that investigates police misconduct, police corruption and involvement in criminal activity still occur.

The agency contended that the majority of crime victims in Jamaica do not make formal reports out of fear those report will get back to criminals, or because they believe that nothing would come from such reports.

“Most civilians fear that the authorities cannot protect them from organised criminal elements because they suspect authorities are colluding with criminals, leading them to avoid giving evidence or witness testimony.

“Those in some marginalised communities are often indifferent to police authority, adding to a perceived sense of lawlessness. Reporting crime can seem archaic and confusing, and can be a lengthy process that some see as frustratingly bureaucratic,” the department stated.