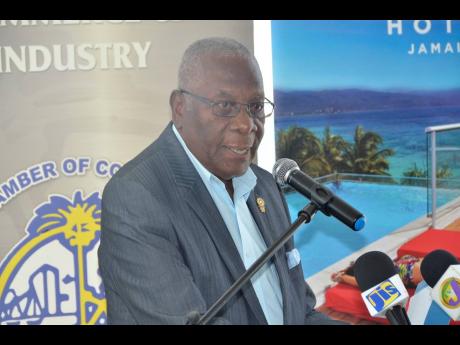 Chairman of the Tourism Enhancement Fund (TEF), Godfrey Dyer, has called on various stakeholders in Montego Bay to take action on climate change by doing more to protect the local environment.

“To many of you, the [climate change] topic belongs only to scientists and politicians, but it has to be the concern of everyone,” Dyer said at the recent launch of the Montego Bay Chamber of Commerce and Industry (MBCCI) Expo 2019 at the S Hotel on Jimmy Cliff Boulevard.

He noted that tourism is dependent on the environment, and Montego Bay has earned the reputation of being one of the most appealing destinations in the region.

Dyer indicated that the TEF has been playing its role, through collaboration with the St James Municipal Corporation, to erect bins throughout the city.

In addition, he said that the agency has contributed “vast sums to the preservation and sustainability of the environment, through the local authorities and non-­governmental organisations.

“But the task belongs to every one of us. I will, therefore, be using this opportunity to appeal to each and every one to make environment protection part of your daily routine,” he added.

The 18th staging of the MBCCI Expo will be held at the Montego Bay Convention Centre from September 20 to 22.

The event, under the theme ‘Driving Success through Enterprise’, will provide an avenue for MBCCI members and industry partners to showcase their goods and services, as well as to network and forge partnerships.