Use pesticides with caution – PCA 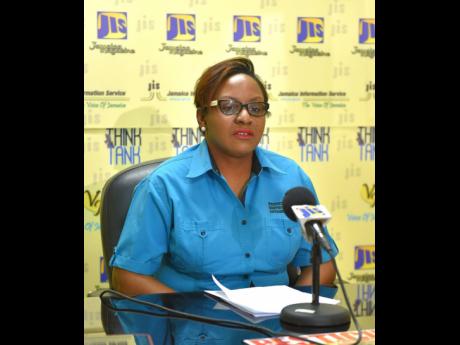 Jamaicans are being encouraged to exercise caution when using pesticides, especially near waterways that are accessed by nearby communities.

The advice comes from the Pesticides Control Authority (PCA) and the National Environment and Planning Agency (NEPA) as both entities perform their regulatory functions to protect the people and ­environment of Jamaica.

When large amounts of pesticides are used near waterways, accidents could lead to run-off, which could contaminate the water source.

Speaking at a recent JIS Think Tank, PCA Registrar Tamara Morrison pointed out that if pesticides get into the waterway, “dilution would take care of some of it, and depending on the actual chemical, non-target organisms could be affected.

“So, we may have some fish kill, and there can be a problem if persons further down [stream] do not know, because persons do collect water for use in houses,” she said.

In such an event, the response would be a collaborative one involving ministries, departments and agencies responsible for water, soils, public health and emergencies.

For his part, NEPA’s Senior Manager for Environmental Management, Richard Nelson, said most pesticides have a short shelf life that diminishes the longer they are exposed to water and air.

“If waterways should become contaminated with pesticides, an advisory would be issued to the public not to use water from that source. We (NEPA) would go in and conduct a series of tests on the water, and when it has been found to be safe for use, the public would be notified,” he said.

While both PCA and NEPA conduct ­training sessions for farmers, in collaboration with the Rural Agricultural Development Authority, they acknowledged that other persons use pesticides as well, and urged them to use the chemicals with care.

“Carefully read the instructions on the labels. Once you adhere to that, you should be okay, because it does say how you should apply the pesticide and in what quantity. Also, never throw the unused portion of the pesticide into water bodies, because it may cause a fish kill, and there are other persons downstream that use the water and may be affected,” Nelson said.

For more information on pesticide use, contact the PCA at 876-633-7769 and www.caribpesticides.net.