Be circumspect! - Investment enthusiast encourages persons to think carefully before standing as guarantors for loans 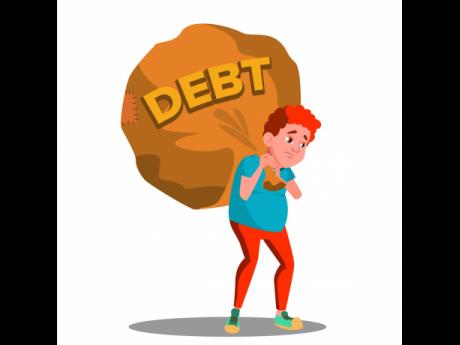 In an effort to ensure that their friend’s children matriculate to tertiary institutions, church brothers and sisters in Christendom have made the bold step of standing as guarantors for students’ loans.

However, some have found out that this is not such a wise move as sometimes they are left ‘holding the bag’.

Standing as security for a debt is not a call that should be made lightly. Family and Religion reached out to blogger and investment enthusiast, Terri-Ann Malabre, who referred to Proverbs 22: 26 on ‘surety’.

“Don’t agree to guarantee another person’s debt or put up security for someone else. If you can’t pay it, even your bed will be snatched from under you,” Malabre said, pointing out that it is not a decision to be taken lightly or it could have far-reaching implications for person’s financial well- being.

On whether a Christian should co-sign to assist a fallen brother or sister, Malabre goes back to the Bible, saying it gives great insights on how to manage one’s money, and specifically addresses the issue of standing surety.

“One of the main scriptures against the practice is seen in Proverbs 6:1-5. In these verses, we see the act of standing surety described as a trap. The guarantor for another person’s loan is essentially at the mercy of the borrower. If the borrower defaults, the guarantor will be left paying a loan they didn’t benefit from. In the scripture, we are advised to give the borrower no rest to ensure that the loan is repaid,” Malabre points out.

She also highlighted another verse – Proverbs 20:5, where Christians are encouraged not to make rash promises and then be faced with the gravity of their decision later on.

Malabre said many who stand surety for a loan do not consider that they might end up being the ones to repay it. She said if it turns out the debt was not honoured, there is no getting around not being the one to service it.

It is for this reason she advocates for persons thinking about undertaking that kind of a risk to be “sober and vigilant”.

For those who think it is worth it to help out by co-signing, Malabre said there are things they should consider before signing on the dotted line.

Reminding that for every decision the Bible gives a blueprint and clear guidelines to follow, she said the Bible speaks strongly against surety because of the negative repercussions it can have.

IS THE PERSON RESPONSIBLE

She advises, therefore, that the person’s character should be taken into consideration, and it is important to find out if that person proved to be irresponsible in the past.

“Do they always seem to be in financial difficulty based on some poor choices they’ve made? Are they ones to keep their word? Looking intently at the person asking you to put your neck on the block is critical to your decision. If the person is known to shirk responsibilities, this is not someone you want to stand surety for,” Malabre said, pointing out that at the end of the day, there is nothing to stop them from reneging on their responsibility to pay the loan.

Other things she said to consider are whether the person has a sustainable source of income and whether they can honour the debt for the life of the loan.

“If the person requesting your assistance seems more interested in getting the funds instead of how it will be repaid, that is a red flag because it indicates they have not properly planned. In the end, their lack of planning could mean financial ruin for you,” she said.

Finally, Malabre said before standing as a guarantor, persons should consider if their budget can accommodate the additional payments if the borrower were to default.

Malabre said as Christians, we are encouraged to help those in need with the resources God has blessed us with, but we are also encouraged to be wise. In light of that, she said, if faced with the decision of whether to be a guarantor, “count the cost” of taking on that obligation.

“If it is not something you are comfortable with, have an honest conversation with the person asking and tell them no. If there are other ways you can assist, for example, giving them money, or other resources to help their situation, do that.”