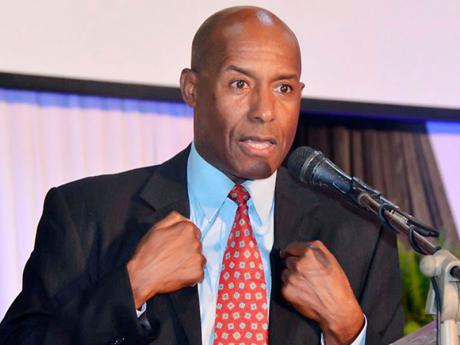 Hill...There are far too few workers who are covered by pension schemes in Jamaica

The Financial Services Commission (FSC) is now looking to create a micro pension scheme that would benefit self-employed and low income workers.

Government Senator Aubyn Hill says this was disclosed to him by the FSC.

His announcement in the Senate yesterday came after other lawmakers from both sides proposed the establishment of a pension scheme that would benefit taxi operators, gas station attendants and workers in fast-food chains, among other groups of low income earners.

“I checked and the FSC is working on that and we need to bring in a lot more ordinary Jamaicans who can have pensions when they retire”, said.

“We have economists with PhDs on that side and we have great lawyers on this side. It’s not beyond us that we can craft a scheme to include these people”.

“We still have only 9.8 per cent of our private sector employees in pension schemes. That is almost criminal. We must change that”, he declared.

“There are far too few workers who are covered by pension schemes in Jamaica. I really, passionately believe that this has to change”.

He was speaking in the Senate yesterday before the Upper House voted to amend the regulations governing pension schemes.

The amended regulations will give fund managers room to invest approximately $50 billion in a wider range of local and international entities.

Jamaica has just over 800 pension funds with a value of almost $600 billion.