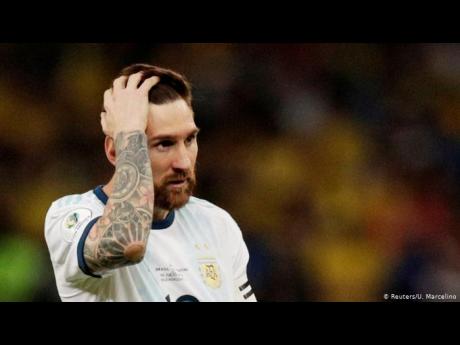 Football superstar and captain of Argentina’s senior team Lionel Messi has been banned from international matches for three months.

The ban was imposed by Conmebol, the South American Football Confederation, after Messi claimed that the Copa America football tournament was “corrupt”.

The Barcelona forward was also fined US$50,000.

Messi, 32, was shown a red card in Argentina's 2-1 win over Chile to secure third place at the Copa America.

After the game he charged that the "cup was fixed for Brazil".

He has seven days to appeal the suspension.

The ban means Messi will miss Argentina's upcoming friendly games against Chile, Mexico and Germany in September and October.

Argentina's qualifying campaign for the 2022 World Cup begins in March 2020.