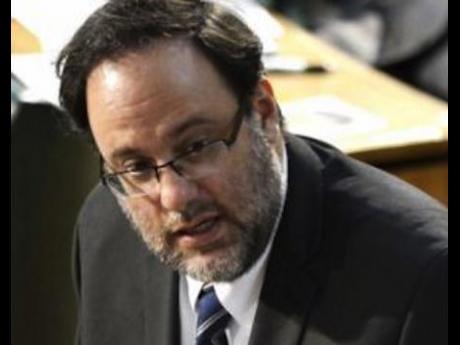 Golding...The government has “perpetrated an act of economic injustice on the people”.

The parliamentary Opposition has suggested that the country’s worsening poverty rate should be blamed on the government’s $1.5 million tax plan.

The governing Jamaica Labour Party (JLP) campaigned on a promise to abolish personal income tax for persons earning $1.5 million or less in the lead up to the 2016 general elections.

The plan has already been implemented.

A document tabled in the Senate yesterday revealed that the number of Jamaicans living below the poverty line inched up to 19.3 per cent in 2017.

“It is clear that the additional indirect taxes of over $30 billion imposed by the JLP government to pay for their ‘1.5’ election gimmick has worsened poverty in Jamaica,” opposition spokesman on finance Mark Golding said in a statement.

He says the opposition warned that this would happen.

“Low income wage-earners, unemployed, pensioners and micro business operators, who were already existing on the edge of survival, have been made to bear these additional taxes, while receiving no benefit from the election income tax break,” Golding said.

He says the latest data on poverty show that by “skewing” tax policy towards greater indirect taxation, the government has “perpetrated an act of economic injustice on the people”.

“In a country marked by wide income and wealth inequality like Jamaica, and lacking an adequate social safety net for the poor and vulnerable, this outcome was entirely predictable,” Golding asserted.