Despite increase in poverty, PM says J'cans have much to be thankful for 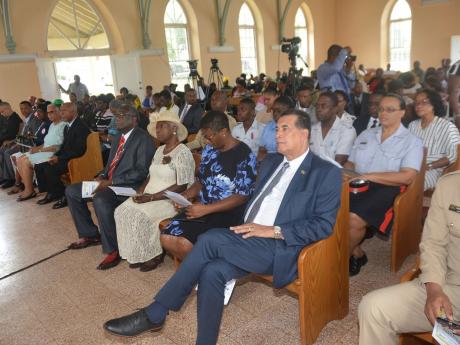 Despite just released data showing poverty increasing in Jamaica, Prime Minister Andrew Holness says citizens have much to be thankful for as the country gets ready to celebrate 57 years of Independence.

“The annual inflation rate is at a low of 4.2 per cent and the consumer price index is trending downwards.  Our credit ratings are positive and our foreign exchange reserves are historically high,” he said.

“We have had record-breaking tourist arrivals for the last two years, exceeding 4.3 million visitors with an 8.6 per cent increase in earnings in the industry. Our stock market continues to perform well and the consumer and business confidence indices remain high. These are always good indicators of economic health,” he added.

A document tabled in the Senate on Friday revealed that the number of Jamaicans living below the poverty line inched up to 19.3 per cent in 2017.

Holness, however, acknowledged that there is still much work to be done to resolve various challenges that the country faces.

“As a Government, we are moving decisively to address several matters such as the environment, corruption, public safety, law and order and security. I am confident that Jamaica will see greater achievements and improvements,” he said.

Notwithstanding, the Jamaican leader said the country's future is looking bright.

“At 57 years old, we are still a young nation. The future is looking bright. We have achieved much but there is more to be done. Hardships there are but the land is green and the sun shineth upon us,” Holness said.

The church service was part of Independence activities in St James, held under the national theme:  'Jamaica 57 – One Nation...One People'.