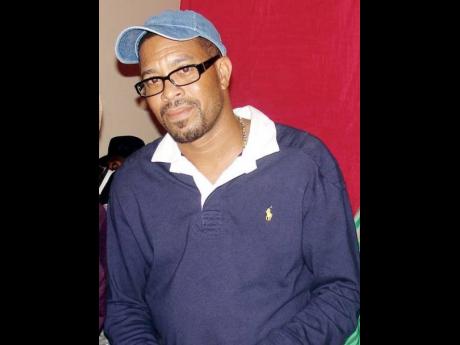 Here is another interesting recent decision, this time in the Supreme Court before Justice David Batts.

The claimants Glen Norman Day and Marlene Day, husband and wife and medical doctors, claimed against their colleague and “erstwhile” friend, Lloyd Goldson, for breach of trust in connection with certain funds they had given to him in 2007 to place in Olint for them.

According to the judgment, Dr Goldson considered himself an investment guru, having had many years of investing experience to his credit and having had a significant sum of money in one portfolio at the time the problems emerged.

In or about the year 2006, Dr Goldson formed an investment club called ‘The Millionaire Gold Club’, which consisted of friends and family members who met periodically, at his home, to “discuss investment opportunities” in “Cash Plus, Worldwise, Wealth Builders, Olint TCI”, as well as other investment opportunities. Dr Marlene Day and Dr Goldson were medical students together and became very good friends. The claimants accepted Dr Goldson’s invitation to join the group.

The claimants’ case was that they had been told at the time that Olint was not accepting new members; however, Dr Goldson had agreed that they could invest through his membership. Thus, on October 4, 2007, they gave him US$150,000 and he gave them a receipt. Over the next few months, he would give them periodic unsigned statements showing them what had been earned on their investment.

In April 2008, they were given an unsigned statement which showed that US$102,145 had been earned, on the initial investment, up to March 31, 2008. They eventually opened their account with Olint and communicated this information to Dr Goldson. In the same month, Dr Goldson advised them that he had wired the sum of US$252,145 (being their principal together with interest accrued) into their new account.

Dr Glen Day said that he asked Dr Goldson for evidence of the wire in question on various occasions but no evidence was ever forthcoming; however, the evidence before the Supreme Court was that the claimants did, on April 25, 2008, receive an email from an address ‘clubmembers@olinttci.com’, which stated that the funds were placed in the claimants’ account by wire transfer.

Subsequently, Olint and its principal, David Smith, became the subject of civil and criminal proceedings in the Turks and Caicos Islands, the United States, and elsewhere, and the claimants and many other Jamaicans lost their investments.

The claimant applied to recover his money from the remission fund. He was unsuccessful as, by letter dated April 24, 2015, the administrator of the remission fund declined his application. In summary, the letter in question said that the claimants were not eligible to be compensated because their petition had not set forth any information relating to the specific companies listed before. The claimants seemed to have interpreted this letter as saying that no evidence of their purported balance at the relevant times could be located.

It came as little surprise, while reading the judgment, to come to the realisation that the essence of the claim was not that Dr Goldson had induced the claimants to invest in Olint through his representations of gains to be had, but rather, their claim was that they had entrusted their US$150,000 to Dr Goldson, for the purpose of investing it in Olint, and that he had “falsely represented to them that he had remitted their monies to Olint for the credit of the account in the 1st Claimant’s name but he, in fact, had not done so”. They asserted that, not having done so, he remained a trustee of their money or that he had “unjustly enriched” himself with their money and should return the monies.

In common parlance, they accused him of stealing their monies and never having deposited same with Olint.

The claimants’ arguments, in the main, did not find favour with Justice Batts, who ruled against them. Among the various evidence relied on by Justice Batts in arriving at his ruling would have been the following:

- Documentary and oral evidence which showed that although Dr Goldson had admittedly not immediately lodged the US$150,000 from the Days to his Olint account, having lodged it instead to his “service account” at Jamaica Money Market Brokers Limited (JMMB), on November 2, 2007 (the judgment says November 2, 2017 but we take this to be a typo, given the timeline), an amount of US$300,000 was wired to Olint in care of its HSBC Bank (Panama) SA, which included, according to Dr Goldson, the claimants US$150,000.

- Evidence from Detective Leighton Bucknor, who testified that investigations confirmed that the email address, from which the claimants would have received confirmation of the wire transaction in question, was indeed Olint’s address.

- Evidence led that the claimants were, on two occasions prior to the alleged wire transfer, afforded the opportunity by Dr Goldson to take out their funds. They declined on both occasions to take the whole or any part of the money. They were all, according to Justice Batts, Dr Goldson included, victims of Olint’s deception.

Although Justice Batts did not find in favour of the claimants, he nevertheless did not order costs in favour of Dr Goldson, as is customary, as he was of the view that Dr Goldson:

… Ought, from the beginning, to have been more fulsome with his explanation as to how he would, or had, gone about investing. This litigation, or a good part of it, might have been avoided had he shared with the claimants the statements from JMMB and other documentation. I, therefore, will make no order for costs in this claim.

Be very wary of high-risk investments. Think twice before taking investment advice from persons who are not trained financial advisers, no matter how well they may seem to be doing personally.